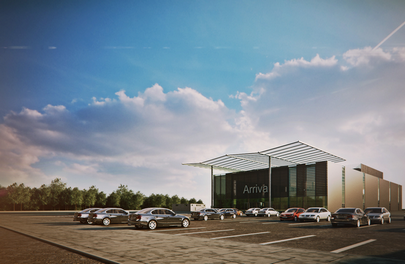 The fact that Zhukovsky Airport (previously known as Ramenskoye) will not have the formal status of a Moscow airport affects its operations, as carriers outside of Russia will have to receive an additional designation for flying to Zhukovsky to comply with the intergovernmental agreements on air freedoms.

There are currently two operators from the CIS countries that have signed the agreements with Ramenskoye. Kyrgyz carrier Air Kyrgyzstan was all set to launch service to the airport starting June 20, when the official note from the Russian Transport Ministry informed Kyrgyzstan’s Civil Aviation Agency that Ramenskoye will not be considered a Moscow airport.

Kyrgyz authorities explained that, according to the current regulations, Kyrgyz operators are entitled to fly to 25 points destinations in Russia, and Zhukovsky is not on that list. Adding a new destination requires holding an open competition between the country’s carriers, based on the results of which the Agency distributes the frequencies. Such tender for Zhukovsky has already been officially announced, but operators have a right to submit their applications during the period of 30 days, which interferes with Air Kyrgyzstan’s plans. Moreover, the airline now has to undergo all of the internal designation procedures once again. It still hopes to start flying to Zhukovsky before the end of July.

The second carrier is Kazakhstan’s SCAT. The Russian and Kazakh aviation authorities are currently finalizing the documentation, and the airline is expected to launch the new route in mid-July.

A spokesperson for Zhukovsky’s operator, Ramport, told Russian Aviation Insider that the airport never had the notion of becoming part of the Moscow Aviation Cluster, contrary to the common “misinterpretation.” The Ramenskoye project was launched with the intention of becoming an independent airport. “Nothing has changed,” he emphasized. In the official airport register Ramenskoye is indeed listed as an “international airport” not belonging to any particular constituent entity of the Russian Federation.

The ministry failed to provide a comment on the airport’s status to Russian Aviation Insider.

Industry experts believe that Zhukovsky’s staying out of the Moscow Aviation Cluster holds clear advantages for the airport. It allows the airport to attract those carriers that wish to fly to Moscow, but do not have the appropriate commercial rights. Under more favorable economic conditions this could become a strategy, but in today’s lame environment airlines are cautious about new opportunities.