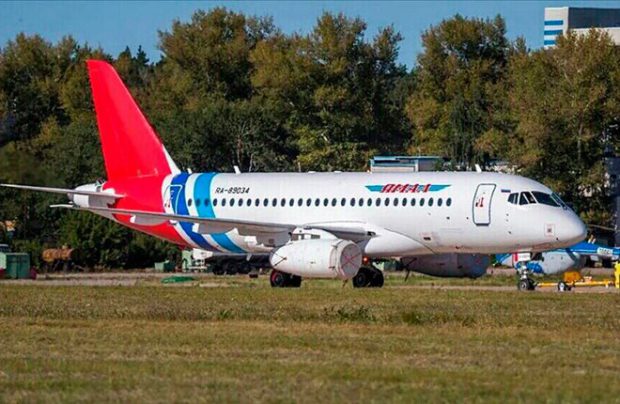 According to the initial plan, the six aircraft were scheduled for delivery to Yamal before the end of the last year (Photo by Yamal Airlines)

Russia’s GTLK State Transport Leasing Company has initiated delivery of a batch of six Sukhoi Superjet 100s (SSJ 100) to local regional carrier Yamal Airlines. The acceptance procedures are taking place in Zhukovsky, near Moscow, a GTLK spokesperson told Russian Aviation Insider last week. According to the initial plan, the six aircraft were scheduled for delivery to Yamal before the end of the last year.

Yamal Airlines currently operates three SSJ 100s in a single-class 103 seats configuration. Before the end of 2017 the airline is expecting delivery of the total of 13 aircraft of the type under a firm contract signed last year. This batch includes two aircraft (MSN 95109 and 95112, tail numbers RA-8906 and RA-89069 respectively) in long-range version with the seating capacity for 100 passengers, which may be converted into 93-seat version.

Yamal’s general director Vassiliy Kryuk mentioned that the leasing agreement for the SSJ 100s the carrier operates at the moment was signed for just one year, not 12 as initially planned. He did not however specify the reason.

Next to Yamal, another Russian carrier Yakutia Airlines is also taking delivery of a SSJ 100 in Zhukovsky. This SSJ 100LR variant, MSN 95077, tail number RA-89037, was assembled in November 2016 and also has a single-class 103 seats configuration. The carrier will operate it under 12 year operational lease agreement with GTLK.