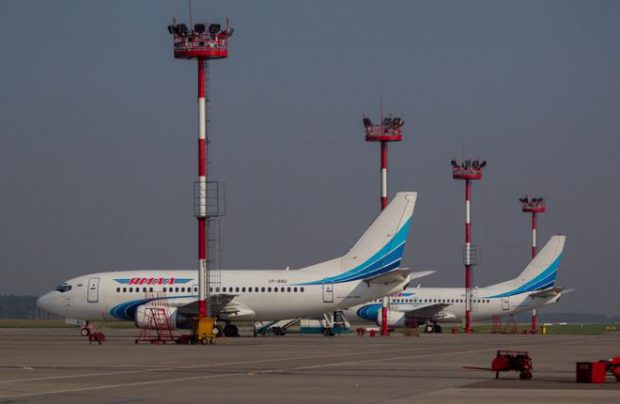 The carrier saw its profit increase in part due to a state-run subsidizing program (Leonid Faerberg / transport-photo.com)

Commenting on its financial results, the airline mentioned as the primary growth drivers its fleet expansion with several Sukhoi Superjet 100 (SSJ 100) regional airliners, the introduction of new routes, and its participation in the state program to subsidize regional air services.

The carrier put its first SSJ 100 into revenue operation in May 2016. The airline received three of the type last year; deliveries continued into 2017. Yamal’s SSJ 100 fleet is expected to have reached 16 airframes by year-end.

According to the Federal Air Transport Agency, in 2016 Yamal Airlines was accepted into two state-run subsidies programs: for interregional air services and for flights to Simferopol, a city in Crimea. Operations to Crimea accounted for up to 9.8% of the airline’s 2016 revenue, or 1.464 billion rubles. The carrier was excluded from the Crimea subsidies program in 2017.

Russian media reports have it that last year, the administration of Yamalo-Nenetsk Autonomous Territory (which is home to Yamal Airlines) extended 1.6 billion rubles in subsidies to the carrier towards its fleat leasing costs.

Yamal mostly operates flights within Russia, for the exception of two international routes: to Osh in Kyrgyzstan and to Sharjah in the UAE. It ranked Russia’s 11th carrier by traffic in 2016 with 1.454 million passengers, up 2.1% year-on-year. The growth resulted from “the company’s timely and flexible reaction to the fluid market conditions, and its sensible airfare policy in the light of a complicated economic situation”, the report reads. In January and February this year, the airline demonstrated combined traffic growth at 28.8% year-on-year to 170,400 passengers.