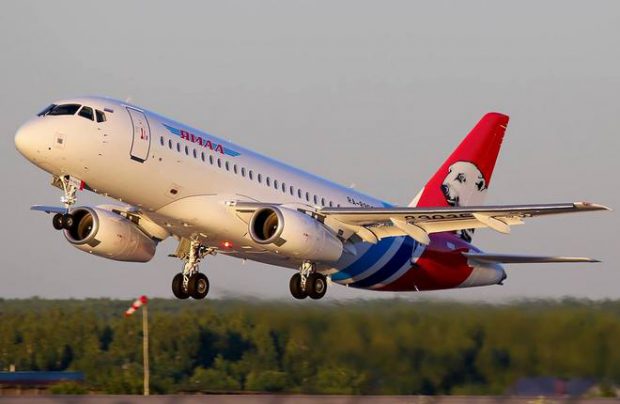 Russian regional carrier Yamal Airlines, the country’s second largest operator of the Superjet 100 (SSJ100), with 15 in its fleet, has abandoned plans to purchase 10 more of the type, the airline’s general director and a shareholder Vasily Kryuk has admitted.

The decision is not linked to the May 5 Aeroflot SSJ100 flight SU1492 accident at Moscow’s Sheremetyevo airport, which killed 41 people Kryuk says, insisting that it is the aircraft’s high maintenance costs that are the reason for the airline not being able to afford to expand its fleet of the Russian-made regional jets.

“We will not purchase [the additional 10 SSJ100s],” he says. “Regretfully, the economic model in terms of maintenance has not lived to our expectations. The costs for continued airworthiness do not allow us to expand our fleet [of the type].”

Yamal Airlines is the main carrier operating in the Yamalo-Nenetsky autonomous region, which is located in northwestern Siberia, from where more than 90 per cent of Russia’s natural gas is sourced. The region also accounts for some 12 per cent of Russia’s oil production.

The carrier, which is almost fully owned by the regional administration, has all of its SSJ100s on operational lease contracts with the State Transport Leasing Company (known by its Russian acronym GTLK). Had the airline chosen to convert its options into purchases, the 10 additional aircraft would have entered service with the operator during this current summer.

GTLK has confirmed to Russian Aviation Insider that Yamal has indeed resigned from its initial intention and that the lessor had been informed of the decision at the end of last year. Yamal Airlines and GTLK signed an operational leasing agreement for 15 Superjet 100s, plus 10 options, in August 2015 at the MAKS air show. The aircraft entered service with the carrier in April 2016 gradually replacing its vintage Boeing 737 Classics.

Meanwhile, following the SU1492 flight crash, the Salekhard-based carrier is not intending to ground its existing SSJ100 fleet. “[First] the situation needs to be assessed, and [then] it has to be determined what happened. Then some measures will be taken. The cause has to be identified, to prevent similar incidents from happening. We are closely following [the investigation], taking our internal measures,” the head of Yamal assures.