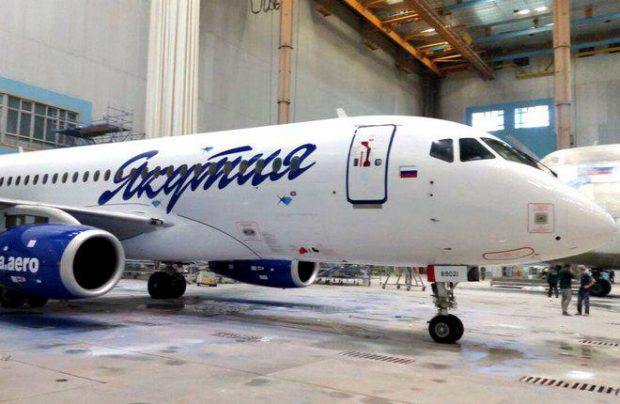 Yakutia Airlines has struck an agreement with the State Transport Leasing Company (known by the Russian acronym GTLK) on the terms of leasing a fourth Sukhoi Superjet 100. The aircraft with serial number 95083 is a long-range variant. “The aircraft is in the process of being transferred [to Yakutia]. An agreement is expected to be signed within the next few days,” a GTLK spokesperson told Russian Aviation Insider.

According to information from a public procurement portal, the carrier will lease the aircraft for a total of 144 months, or 12 years, and the transaction totals at 1.703 billion rubles ($26.94 million). The aircraft is set up in an all-economy 103-seat configuration.

Open sources say that the aircraft made its first flight in 2014 and was previously intended for the UTair airline that suspended the order due to financial difficulties. Aviastar-SP, an Ulyanovsk-based company, reported it had installed an interior for the aircraft for the GTLK in August.

Yakutia currenly operates three SSJ100s, all in basic variant. The first two were supplied by VEB Leasing, while the third was taken from GTLK, which offers a more advantagious, ruble-denominated rate of leasing. The airline has agreed with the GTLK over the delivery of a total of five SSJ 100s, including two received initially from VEB-Leasing.

The Interfax newswire recently reported that the government of Yakutia, a Russian northern region where the airline is based, will put forth 92.2 million rubles toward the acquisition of the aircraft.