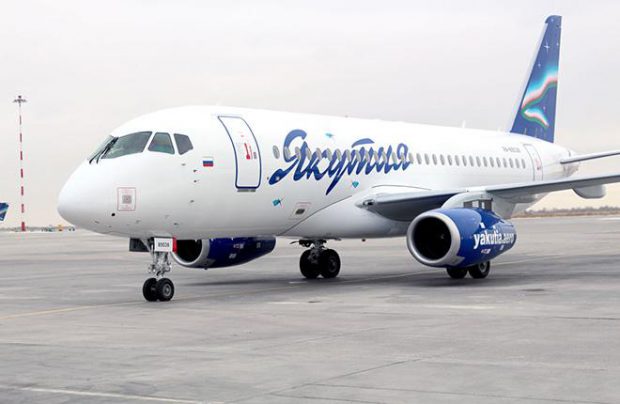 Yakutsk-based Yakutia Airlines has taken delivery of a fourth Sukhoi Superjet 100 regional jet fitted in the long-range version (SSJ 100LR). The Russian carrier has announced that the aircraft is being delivered by the GTLK State Transport Leasing Company.

This SSJ 100, with serial number 95083, completed its first flight in 2014, according to information from open sources. However, the GTLK and Yakutia affirm that the aircraft was officially manufactured in 2016. It is fitted in a 103-seat configuration.

The new SSJ 100 is being leased to Yakutia for a period of 144 months, or 12 years. The contract totals around 1.7 billion rubles ($27.34 million). An advantage of leasing with the GTLK is that payment is carried out in Russian currency.

This is the second of the four SSJ100s in Yakutia’s fleet that is being taken from GTLK. The other two were provided by VEB Leasing. Earlier this year Yakutia agreed to release these two SSJ100s from VEB to GTLK and plans take delivery of one more SSJ100 through the new lessor.