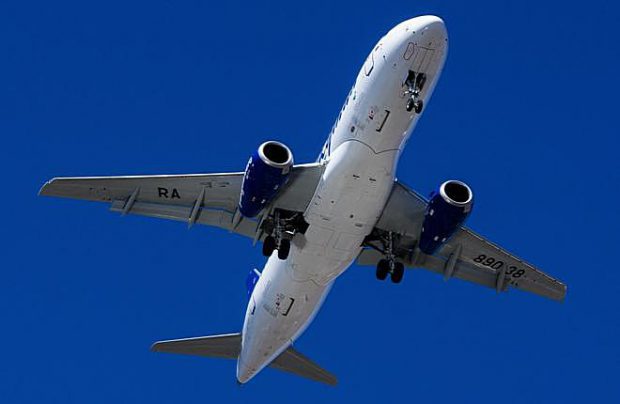 Russia’s Yakutia Airlines, which was facing hard times even before the start of the Coronavirus crisis, has won its first contract with the United Nations (UN) in which it will deploy Russian-made Superjet 100 jets, as well as Boeing 737-700 aircraft, on peacekeeping missions.

Russia’s Ministry of foreign affairs has proudly announced that the Russian-made Superjet 100 (SSJ100) regional jet will shortly start flying on behalf of the United Nations. Although the ministry has not mentioned the operator of the aircraft, its news release was accompanied by an image of an SSJ100 operated by Russian regional airline Yakutia.

A source has revealed to Russian Aviation Insider that Yakutia, the regional carrier, which is ranked 20th largest in Russia according 2019 passenger traffic numbers, is indeed getting ready to start flights under the UN contract, although the airline itself has remained tight-lipped about its plans.

ON THE UN REGISTER

Of some 50 Russian airlines currently listed on the UN register of approved vendors, Yakutia is the only operator of the Superjet 100 aircraft type. According to Russian Aviation Insider’s information, its UN contract is valid for six months and may be extended for a further six months. About a month ago, the international peacekeeping organisation announced four new contracts for a range of different aircraft sizes, which indicates that Yakutia’s involvement may be imminent.

Given that 75 per cent of the UN’s budgeted spending on air transport contracts is for peacekeeping missions focused on the African continent, including Somalia (US$194.6 million), Mali ($137 million), South Sudan ($111.7 million) and the Democratic Republic of Congo ($69 million), it is safe to predict that Yakutia, which is registered in Russia’s coldest region, will soon be operating in the world’s hottest continent. Apart from Africa, Yakutia’s Moscow-based aircraft may also be called upon to render transport support services to UN missions in the Middle East region.

Yakutia Airlines, which is 100 per cent owned by the administration of the Republic of Yakutia, operates a fleet of five Superjet 100s and two Boeing 737-700s, but three of the Russian-made aircraft have not been seen flying for a considerable period of time.

Although the revenues from UN contracts will not come close to offsetting Russian airlines’ losses in the currently virtually grounded market, for some they at least increase their chances of survival. Simultaneously, with the news of the Superjet 100 entering service with the UN, Utair has become another Russian airline that has also signed a new contract with the international organisation in which the west Siberia-based carrier will assist in the rotation of Irish troops from Dublin to Syria.