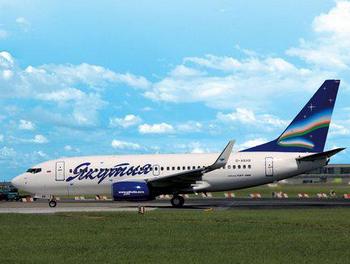 Yakutia Airlines will assign the RUR 1.34 bln (ca US $23 mln) it received from the regional budget to settle pending leasing and credit payments, TASS newswire reports, citing the Yakutian Finance Ministry. The regional ministry refers to aircraft buyouts and the redemption of loans raised in order to sustain the carrier’s operations, Yakutia notes. Some of the funds will be directed towards improving flight safety and schedule regularityliability.

Earlier this year, the ministry said the regional government was prepared to allocate RUR 1.34 bln towards further expanson of the airline’s fleet. In August, Yakutia announced a tender for the purchase of a Boeing 737-800 for said amount of money. The aircraft is believed to have been supposed to enter service with the carrier before the end of November. However, the tendering process was called off due to an insufficient number of bids, Yakutia General Director Olga Fyodorova told Russian Aviation Insider. In addition, the recent surge in the dollar exchange rate made the purchase unfeasible.

Earlier still, in an interview for Air Transport Observer, Fyodorova emphasized that aircraft buyouts were among the operator’s top priorities. The carrier at the time intended to close all its leasing contracts and finalize aircraft ownership. She also said that in order to implement the strategy, Yakutia might sell up to 49% of its shares to a foreign investor in a bid to to raise the requisite funds.

Budget funds are being raised in the form of a secondary offering of shares valued at RUR 1.34 bln in favor of a joint holder, the Yakutian Ministry of Property Relations. An additional 23.381 mln of shares will be issued at a price of RUR 57.33 (US $1) per piece.