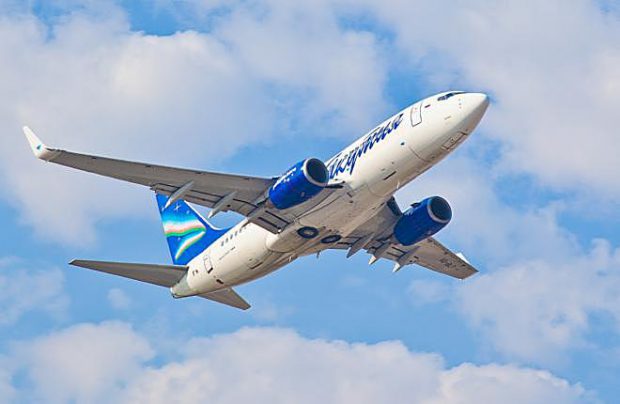 Yakutia Airlines is still struggling to overcome the punitive effects of the rouble devaluation on its lease payments. The locally manufactured Superjet 100 has failed to become its workhorse and the regional airline is instead gambling on the Boeing 737 (Anton Masalykin / Yakutia Airlines)

The administration of the Republic of Sakha (Yakutia) has agreed to once again extend some critical financial support to Yakutia Airlines, which it owns. The regional carrier, which is ranked 18th largest in Russia according 2018 passenger traffic numbers, is still struggling to overcome the effects of Russia’s 2014-2015 rouble devaluation crisis, albeit there are some signs of recovery.

Aisen Nikolayev, the head of the republic, has announced that Yakutia Airlines will receive an injection of at least one billion roubles (US$15 million) this year. He is also counting on being able to solicit additional funding for the airline from the federal government. The airline, which owes some large outstanding debts to its lessors, is “showing signs of recovery” Nikolayev emphasises and last year it also managed to restructure some debts on credit loans.

Nevertheless, in 2018, Yakutia’s traffic experienced a 1.4 per cent decline to 853,000 passengers, as its seat load factor decreased by 5.3 percentage points to 65.4 per cent. The deterioration of the airline’s operational result is largely attributed to fleet availability problems. In December 2018, three of Yakutia’s four 100-seat SSJ100s were grounded for technical reasons, so the airline had to instead operate the larger 170-seat Boeing 737-800s on routes with insufficient traffic to justify them.

According to Vladimir Solodov, the head of the regional administration, two SSJ100s are expected to re-join the fleet shortly and, with these factored in, Yakutia will then have a total of 18 aircraft at its disposal, including six Antonov 24s, three Bombardier Q300s, four SSJ100s, four Boeing 737-800s and a Boeing 737-700, which entered service in mid-January.

Another blow to Yakutia’s business is the ban imposed on all its international services by Russian aviation authority Rosaviatsiya over safety concerns following a hard landing and a runway excursion of one of its SSJ100s in Yakutsk last October.

Solodov is hopeful that the airline will be able to resume international flights before the end of the first quarter of this year when it proves its compliance with the agency’s requirements.

Yakutia Airlines is 100 per cent owned by the administration of the Republic of Yakutia.