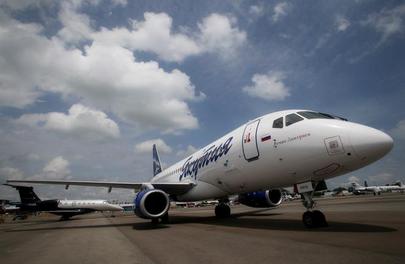 Yakutia’s engineers have already commenced inspection of the first aircraft currently based in Zhukovsky. The aircraft, built after 2012, will be painted in the carrier’s colors in April.

Udod did not rule out that Yakutia may later resume operations of the aircraft, which are now being returned, “but on different terms.”

“The two aircraft Yakutia is receiving through GTLK are under a concessional financing program. We are receiving these aircraft under an operational leasing scheme with a fixed rate in rubles,” Udod said. “These parameters are much more efficient than those defined by our earlier agreements [with VEB], which were nominated in dollars.”

At the end of 2014, in the wake of consistent payment delays from Yakutia, VEB-Leasing announced it would reclaim two SSJ 100s and three Bombardier Q400s from the carrier. The airline and GTLK reached a preliminary refinancing agreement during the Moscow Air Show MAKS-2015. GTLK also agreed to deliver three extended-range SSJ 100s to Yakutia starting late 2016.