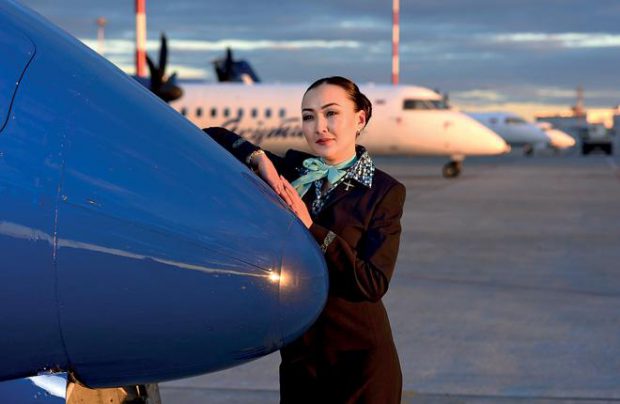 Russia’s Yakutia Airlines appears to be getting ready to phase out its Bombardier Q400 turboprops and abandon their operation, five years after these aircraft entered service with the carrier. According to Federal Air Transport Agency’s records, as of March none of the three Q400s were flying for the airline.

Yakutia leased them in 2012 and 2013 from Russia’s VEB-Leasing for 10 years. Russian Aviation Insider has found out that the 72-seat aircraft produced in 2007 are currently undergoing maintenance, which are likely to be lease return checks, outside Russia. Tail numbers VP-BOS and VP-BKD are in Malta, and VP-BNU, in Holland.

The airline is apparently intending to return the Q400s to VEB-Leasing or sell them through the lessor to another operator. Even though it is not completely excluded that Yakutia may wish to resume operation of the type in the future, at this moment it only employs flight crews only for one aircraft, so the three Q400s are highly unlikely to return.

Yakutia became the launch operator of Q400 in the CIS five years ago. In February 2013 the Canadian-made turboprop with tail number VP-BKD made its first flight for the operator from Yakutsk to Neryungri. Several days later the aircraft made its first landing on an unpaved runway at Chersky settlement in Yakutia region.

Yakutia Airlines had ambitious plans for the Q400. It announced intentions to bring the number of these aircraft to seven and signed an agreement for delivery of several aircraft with the OEM. However, expansion of Sukhoi Superjet 100 fleet and delivery of Q400’s smaller sibling Q300s, as well as hurdles with obtaining approvals for the Canadian turboprops to be operated off unpaved runways all changed the plans for Yakutia’s Q400 fleet. The need for these aircraft stopped being obvious.

Along with the Q400 phase-out, Yakutia is facing several other fleet-related issues. For one, it needs to find replacement for the obsolete Antonov An-24 aircraft This type will be gradually phased out in the beginning of the next decade. It also has to bring three SJ100s back into service. As of mid-March, two of the five SCAC-made regional jets were in operation – RA-89037 and RA-89038. The remaining three – RA-89011, RA-89012 and RA-89021 were grounded due to engine issues.

Evidently, reduction of capacities led to sliding operational results in January this year. Yakutia’s traffic decreased 8.5% year-on-year, and its RPK was down 7.3% compared to January 2017.