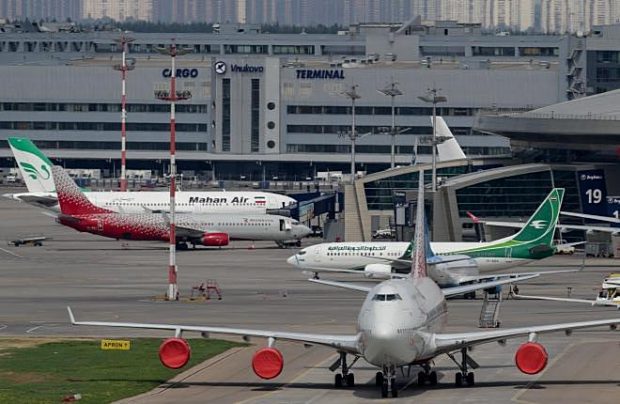 Vnukovo handled 2.182 million passengers last month, surpassing its previous July 2017 record by 88,000. Aside from the football-generated traffic boom, the surge is also the result of the airport’s successful efforts in attracting new carriers and developing relations with existing and base carriers, VKO says in a statement.

As per the normal trend, domestic traffic prevailed over international in June – both in numbers and growth rate. Out of the entire traffic total, 1.287 million passengers travelled within Russia, 21.4 per cent more than in June last year. The list of the most popular destinations is topped by Sochi and St Petersburg and includes Krasnodar, Rostov-on-Don, Simferopol and Mineralnye Vody.

International traffic increased 13.9 per cent and reached 896,000 passengers in the month, with the most popular destinations being the leisure resorts of Antalya, Istanbul and Larnaca, followed by Pathos, Barcelona, Iraklion, Burgas, Milan and Budapest. Within the former Soviet area, flights to Baku, Tbilisi and Chisinau were all in high demand.

Rossiya Airlines (part of the Aeroflot Group) proved to be the largest contributor to Vnukovo’s traffic last month, accounting for 27.3 per cent of all passengers using the airport. Whereas Rossiya’s overall traffic continues to stagnate, the volume of its business through Vnukovo has actually increased by three per cent, reaching 593,400 passengers. The airline was responsible for carrying football teams from Iran, Tunis, Morocco and Denmark and also added VKO frequencies to the World Cup host cities. On the holiday side, Rossiya launched charter services to Bodrum in Turkey.

Intrigue remains as to whether Rossiya Airlines is still considering abandoning Vnukovo, the smallest of the big three Moscow airports, to join its parent Aeroflot at Sheremetyevo, Russia’s biggest. Speculation started in February this year when news of an airport switch was broken by Sheremetyevo. However, although the airline itself remains silent about this matter, Rossiya’s eventual decision is plainly a vital cog in the airport’s further development wheel.

Meanwhile, Vnukovo remains in negotiation with Qatar Airways regarding the Doha-based airline’s potential acquisition of a financial stake in VKO. A memorandum of understanding signed earlier this year confirmed Qatar Airways’ intention to acquire up to 25 per cent of VKO’s shares. But although the transaction was due to be closed by end of May, the final deal has still not been announced. Vnukovo’s general director Vasiliy Aleksandrov told Russian Aviation Insider’s sister publication ATO.ru in mid-June that the agreement was subject to on-going negotiations. “The process is developing in a positive way. We’ve got a plan, and we now need to make an assessment and understand what is worth what,” he commented.

Rossiya’s sister airline, low-cost carrier (LLC) Pobeda, is experiencing aggressive growth. Its traffic through Vnukovo has surged 49 per cent year-on-year, reaching 159,900 passengers in June. The LCC launched 13 new routes from VKO within the past 12 months and now its network covers 44 destinations, 19 of which are outside of Russia. Although the airline has not disclosed its operational results lately, according to Vnukovo’s statement, it has been enjoying a 95.6 per cent seat load factor, a record among Russia’s scheduled airlines.

Vnukovo’s long-standing partner Utair has also seen traffic growth, albeit less dramatically. Its share in the airport’s total traffic in June reached 24.6 per cent. New airlines contributed an additional 6.2 per cent to Vnukovo’s traffic in June.

In the first half of the year, Vnukovo handled 9.419 million passengers, up 19.8 per cent year-on-year, making it Russia’s third busiest airport.