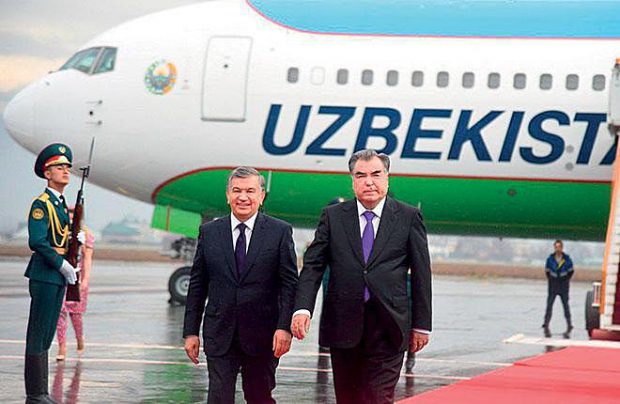 Uzbekistan is one of the few countries of the former Soviet republics (along with Azerbaijan and Turkmenistan) which still has its entire aviation business consolidated under a single, autonomous state-run entity. It comprises the national carrier Uzbekistan Airways (Uzbekiston Havo Yullari); a dozen of the country’s airports; an ATM provider; a maintenance, repair and overhaul (MRO) provider; and a number of other enterprises.

But the country’s president Shavkat Mirziyoev, who was elected in December 2016, seems determined to give Central Asia’s most populous country’s aviation industry a major boost by leading it out of stagnation through a policy of liberalisation and the adoption of international practices.

Uzbekistan’s newswires have been buzzing with reports of the government’s aim to reform the country’s transport infrastructure, particularly after it turned to World Bank Group (WBG) for “comprehensive advisory services” to support the modernisation of the civil aviation sector, as reported by WBG. A subsequent Reimbursable Advisory Services Agreement was signed in August 2018 with a view to providing Uzbekistan’s government with sufficient guidance in developing its regulatory policies, improving its organisational infrastructure and attracting private investors into the air transport business.

“Capacity constraints and high airport infrastructure costs make flying to and from Uzbekistan very expensive for passengers and do not facilitate the entry of foreign air carriers,” a WBG statements reads. “High transportation costs and long distances to reach major economic centres have limited Uzbekistan’s ability to develop its vast agriculture potential and export to large consumer markets in Europe and China.”

The bank’s analysts point out that, since 2010, Uzbekistan’s air transport sector has grown by only two per cent per year, the slowest growth rate in the region compared to neighbouring countries such as Kazakhstan, which has been enjoying an average annual growth of 10 per cent. Also, the report notes that while 15 international carriers currently serve Uzbekistan, the national air carrier is still accountable for 75 per cent of all passenger traffic, a trend that indicates an unbalanced playing field and a lack of a healthy competition.

“The aviation sector is one of the highest priorities for the government of Uzbekistan, given its potential role to stimulate economic growth and unlock the country’s tourism potential,” comments Hideki Mori, World Bank Country Manager for Uzbekistan. “With visa restrictions lifted for many countries, the hospitality industry is expected to expand. The country is also opening to trade and commerce. However, currently air transport supply is not able to cope with this growing demand due to the lack of a competitive environment,” he concludes.

World Bank has been supporting development projects in Uzbekistan since 1992. With support in excess of US$3.3 billion, it is currently supervising the implementation of 18 projects, ranging from macroeconomic management to education and water supply.

Uzbekistan Airways, which has brought to an end the era of Soviet-built aircraft in its fleet in May, now operates a fleet consisting only of western-built jets, including Boeing-757/767s, Boeing 787-8 Dreamliners, Airbus А320s and Boeing 767-300BCF freighters.

The Uzbek carrier is expected to take delivery of two newest Airbus A320neo aircraft before year-end, two long-haul Boeing 787s in the second half of 2019 with another Dreamliner to be added in early 2020.