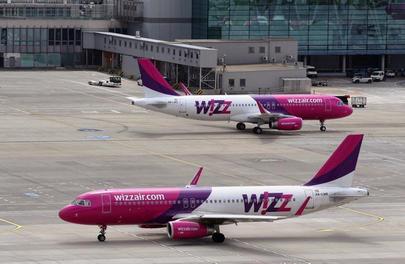 Hungarian low-cost carrier Wizz Air will open a base at Kutaisi Airport in the homonymous Georgian city, initially basing one aircraft there. The carrier signed an agreement with the Georgian Airport Consortium, which manages the airport, Business-Georgia newswire reports. The airline currently operates flights from Kutaisi to a number of destinations in Europe.

Kutaisi will be Wizz Air’s first base in the region, which will enable the carrier to increase its traffic and enhance its route network. Wizz Air’s top-management announced that they will visit Georgia in the second half of 2016, which is likely to shed more light on the airline’s plans for the region.

Kutaisi, Wizz Air’s 24th base, is the only airport in the region focused almost entirely on low-cost carriers. In 2012, Wizz Air’s now-defunct Ukrainian subsidiary launched flights to Kutaisi. There is currently one Wizz Air aircraft based in Kyiv, but there is no route between Kyiv and Kutaisi. Wizz Air flies to Kutaisi from Budapest, Vilnius, Warsaw and Katowice.

The Hungarian airline positions itself as the largest low-cost carrier in Central and Eastern Europe. In 2015, it carried 19.2 million passengers (up 22% from 2014). It currently experiences competitive pressure from Europe’s largest low fare airline, Ireland’s Ryanair, which announced ambitions to occupy leading positions on the Eastern European air travel market by 2018.

Wizz Air operates a fleet of 65 Airbus A320 family aircraft to 410 destinations in Europe and beyond and is continuously expanding its route network.