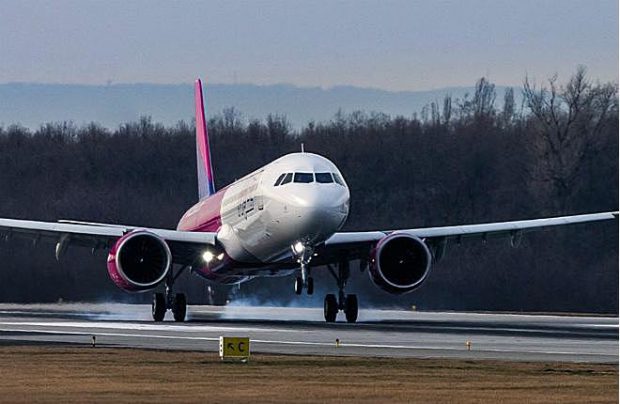 Eastern and central European budget airline Wizz Air is expanding its presence in Ukraine by launching flights from the town of Zaporizhia, Johan Eidhagen, the company’s chief marketing officer, revealed at a Kyiv event. Hungarian low-cost carrier (LCC) will serve six European routes from its new Ukrainian destination starting from the IATA Summer season of 2020.

Wizz Air has confirmed that four new services from Zaporizhia to Budapest (Hungary), Vienna (Austria) and Wroclaw and Krakov (both Poland) will start from March 29. Flights to Vilnius (Lithuania) and Gdansk (Poland) are to be launched on March 30. All six destinations will initially be served twice per week.

Zaporizhia is the fifth Ukrainian destination for Wizz Air. The airline is already flying to Lviv, Kyiv, Kharkiv and Odessa. Earlier this year the LCC announced six new services from Odessa International Airport to Budapest, Berlin Schoenefeld in Germany, Gdansk, Wroclaw and Katowice in Poland and Bratislava in Slovakia, as well as a new route from Lviv to Larnaca in Cyprus. These new operations will start in November. In the first seven months of 2019, Wizz Air carried some 1.3 million passengers on its routes to and from Ukraine, thereby almost doubling its traffic year-over-year, making Wizz Air the largest LCC in the former Soviet country. Zaporizhia is currently served by Ukraine International Airlines, Turkish Airlines, Pegasus Airlines, LOT and Motor Sich.

Ryanair, another LCC currently actively expanding in Ukraine, earlier this month revealed plans to transport more than 1.5 million passengers on its Ukrainian routes in the fiscal year April 1, 2019 through to March 31, 2020, its first full fiscal year of operations in the country. This volume of passengers will be transported on 40 routes from the Ukraine cities of Kyiv, Odessa, Lviv and Kharkiv. The airline also plans to more than double its flights and destinations from Ukraine from this year’s winter schedule.