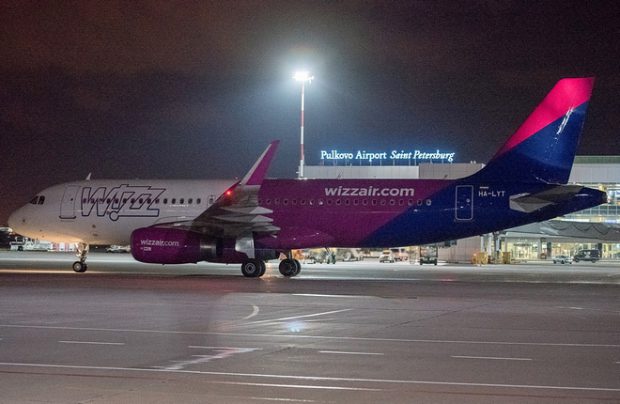 The first Wizz Air flight took off from St Petersburg in 2017 and, to date, the budget airline has carried more than 200,000 passengers on its routes from Russia’s second largest city (Pulkovo)

The new flights will not just complement Wizz Air’s existing service offering from Russia linking Moscow, St Petersburg and Kazan with Budapest and London, but are the beginning of a more ambitious project that may see as many as two dozen new routes and soaring traffic growth in the future.

Having enjoyed a spectacular 136 per cent growth on its Russian routes last year, the LCC is expecting to quadruple its performance in 2020, and that is not the limit, Varadi insists. “The seventh-freedom air traffic right is a very new initiative for the EU, and [the regulators] have to digest that. They have to make up their mind [if they’re going to participate] as a union, or on a country-by-country basis. After that we’ll see more opportunities,” he enthuses.

The new opportunities will mean a wider reach both in Europe and to the middle east, with the support of the airline’s new Wizz Air Abu Dhabi endeavour, and includes the possibility of dozens of new routes. To support his perspective, Varadi cites the example of Wizz Air’s operations from Vienna (Austria) that grew to a network of 49 destinations within 18 months of their launch.

When asked to explain the motives behind the first four destination decisions, the Wizz Air executive’s response is: “Very simple. We approached 20 countries, and these four [Bulgaria, Lithuania, Slovakia and Romania] offered the most positive responses.”

It is the coupling of seventh-freedom rights with fare deregulation and the introduction of the electronic visa – “which has finally been introduced in Russia after years of efforts,” argues Leonid Sergeyev, general director of Pulkovo’s operator Northern Capital Gateway (NCG). “In [just] a few months since its introduction, some 60,000 tourists have benefited from the simplified procedure, half of them arriving by air,” he points out. This is a precondition for success, and whilst currently 70 per cent of Wizz Air’s passengers on Russian routes are Russian nationals, this proportion is likely to shift closer to 50/50 in the future.

Pulkovo has been trying to attract low-cost carriers for years, but prospective budget airlines have been put off in the past by the airport’s inflexible fares and slow aircraft turnaround times. Now the St Petersburg airport, trained by Aeroflot’s low-cost subsidiary Pobeda Airlines, has brought turnaround times down to an acceptable 30 to 40 minutes. With regard to operating discounts, Sergeyev says there are hardly any preferential deals available but, because of flexible service packages, the ground handling costs for LCCs are lower.

The first Wizz Air flight took off from St Petersburg in 2017 and, to date, the budget airline has carried more than 200,000 passengers on its routes from Russia’s second largest city. With the newly announced flights, Wizz Air is offering a total of 10 routes to six countries from Russia.