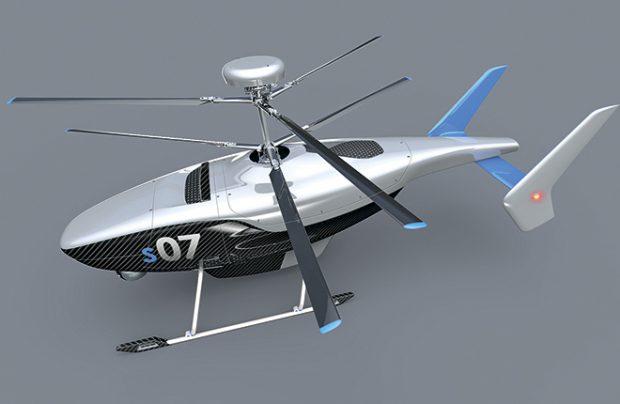 A prototype of the VRT300 unmanned aerial vehicle (UAV) will be presented at this year’s MAKS. Developed by Russian Helicopters subsidiary VR-Technologies, the vehicle is intended for ice patrols and for missions in support of maritime navigation along the Northeast Passage. The 300-kg UAV should commence flight tests in 2018. Russian Helicopters expects to begin sales in 2019.

“Development of the Arctic is currently a very hot topic,” says VR-Technologies CEO Alexander Okhonko. “Large shipping companies are planning to switch to year-round navigation along the Northeast Passage. Icebreakers need to ‘see’ about a day ahead when leading ship caravans so as to avoid major icebergs and impassable areas. We plan to equip our UAVs with radars that would measure the thickness of ice, transmitting data to the icebreaker crew who would act on them.”

The VRT300 will be suitable for other roles as well. These include delivering small freights (up to 100 kg) to remote areas within Russia and also missions in support of agriculture, such as collecting information about soils across large crop areas and crop-dusting operations.