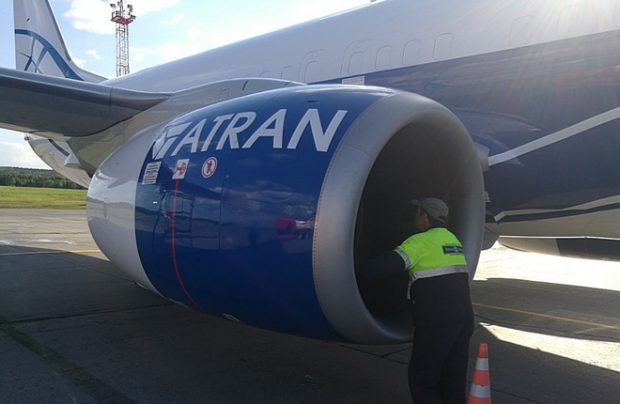 Volga-Dnepr Technics Moscow (VDTM), the aircraft maintenance, repair and overhaul (MRO) service provider within the Volga-Dnepr Group, has won approval from the aviation authorities of Bermuda (BCAA) to add the Boeing 737NG type to its Krasnoyarsk line maintenance station (LMS) capabilities. The new service is intended primarily for the maintenance of the fleets of Volga-Dnepr Group carriers, but may eventually also find third-party customers.

BCAA approval entitles the LMS at Krasnoyarsk’s Yemelyanovo airport to provide line maintenance and defect rectification on the 737NG family and complements the station’s existing 737CL capabilities, as well as bigger Boeing 747-400 and B747-8 types in its portfolio. Krasnoyarsk is one of the destinations for Volga-Dnepr subsidiaries the wide-body scheduled airfreight carrier AirBridgeCargo, and Atran Airlines, its air express shipments carrier. The latter has four Boeing 737-400s in its fleet and has added a B737-800BCF in March of this year.

“The decision to obtain BCAA approval for the Boeing 737NG maintenance was primarily due to the intention to support our regular freight customer Atran which has quite recently begun to operate its new type of aircraft to Krasnoyarsk,” explains Konstantin Surkov, chief executive of Volga-Dnepr Technics Moscow.

He adds that the organisation will later target third-party customers too, since the combined fleet of 737NGs in the region is continuing to grow. At the end of May this year, 14 Russian airlines operated a total of 168 B737NGs, the vast majority (157) of which are -800s, seven are -700s and there are four -900s. Surkov also points out that Yemelyanovo is continuing to enjoy a double-digit growth rate. Passenger traffic through the airport increased by 12 per cent last year, whilst the amount of freight it processed grew by 46 per cent.

Apart from Krasnoyarsk, Volga-Dnepr Technics Moscow has bases at Moscow’s three airports of Sheremetyevo, Domodedovo and Vnukovo and also at Krasnodar’s Pashkovsky airport.