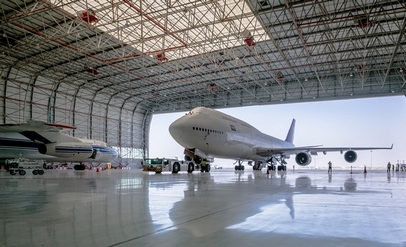 Volga-Dnepr Gulf (VD Gulf) has signed an agreement to carry out base maintenance checks on Air Atlanta Icelandic Boeing 747-400s. The checks include AD/SB and out-of-phase works.

The new contract expands on a relationship which began between the two companies in 2014, with Jeddah, Saudi Arabia-based charter division of Air Atlanta Icelandic using VD Gulf’s facility to support its 747 fleet.

“Based on the excellent performance and support with earlier Boeing 747 models, we have further expanded our business with VD Gulf by selecting them for Boeing 747-400 Base Maintenance work, covering the first batch of aircraft scheduled for 2016″, said Mr. Orn Johannsson, Manager Base Maintenance, Air Atlanta Icelandic.

VD Gulf is a part of Russia’s Volga-Dnepr Group and is a holder of EASA Part 145 approval certificate along with many other regulatory authority approval certificates. Currently, VD Gulf is qualified to provide maintenance services on Boeing 747-400/ 737NG/737CL/B757 and Airbus A320 family aircraft. This list is expanding every month and additional aircraft models will be added soon, promised MRO provider.

Air Atlanta Icelandic is an ACMI (Aircraft, Crew, Maintenance and Insurance) operator providing services to other carriers, both in the passenger and cargo industry.