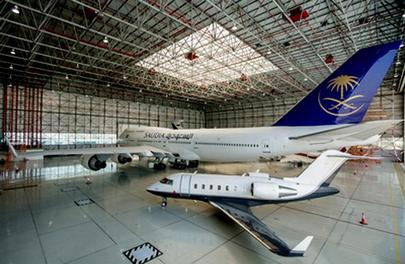 Volga-Dnepr Gulf, the Middle Eastern affiliate of Russian MRO provider Volga-Dnepr Technics, has extended its EASA Part 145 certificate for maintenance of Boeing 747-400 and Boeing 737CL/NG. The provider can now perform the entire range of maintenance procedures on these types of aircraft, up to and including D-check, the company’s head-office announced today.

Volga-Dnepr Gulf has thus become the first fully independent MRO provider in the region of the Middle East and Africa with an unabridged EASA Part 145 approval. The regulators issued the certificate expansion following a thorough three-day audit of the company.

Volga-Dnepr Gulf offers its clients all types of maintenance work on Boeing 747-400 and 737CL/NG, including complex modifications on the airframe, systems and onboard equipment. It has already performed maintenance on a Boeing 747-400 operated by Rossiya Airlines. The aircraft, previously in service with Transaero, was leased to Rossiya by VEB-Leasing. The provider’s portfolio also features a Boeing 747F, which it prepared for a tour of Iron Maiden.

Volga-Dnepr Gulf is based at Sharjah and has a shop in Fujeirah. It holds approvals of both the European and United Arab Emirates authorities for Boeing 747-200/300/400, Boeing 737 Classic/NG and Airbus A320 family aircraft. It also services several Russian-built aircraft types, such as Ilyushin Il-76 and Il-76TD, Antonov An-24/26/32/74/124.

Volga-Dnepr Gulf maintains the airworthiness of its parent company’s An-124s (Ruslans), but the bulk of its customer-base are airlines from the CIS countries and Europe, the company’s representative told Russian Aviation Insider.