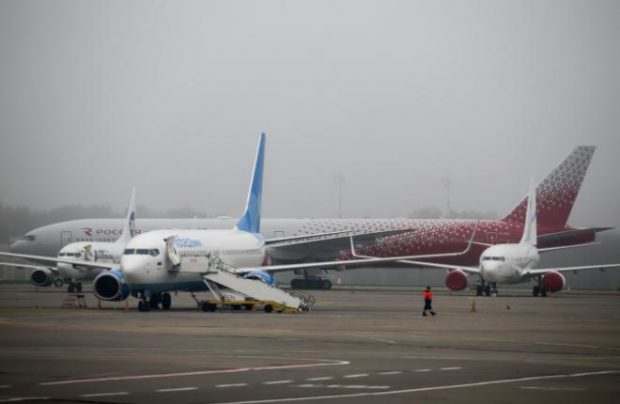 Vnukovo continues to win back the traffic it lost last year following the cessation of Transaero Airlines operations, the downscaling of UTair Aviation, and the general decline of air travel due to the economic downturn. In February 2017, the airport handled 1.002 million passengers, up 46% year-on-year. The January growth rate hit 49.5%. Compared to pre-crisis January 2015, the airport’s traffic grew 12.5%. Furthermore, for the first time in its history Vnukovo handled over 1 million passengers in February, traditionally the slowest month of the year. A 19.2% increase in the number of aircraft movements, to 11,200, as well as an increase of 6.7 percentage points in the load factor reported by airlines operating to Vnukovo, further contributed to the airport’s operational results. Major airlines that base their aircraft at Vnukovo, such as Rossiya Airlines, UTair, and Pobeda Airlines, all continued with their expansion plans as traffic picked up following stabilization of the Russian economy.

International traffic surged 112% to 242,000 passengers, spurred by the opening of new leisure destinations from Vnukovo, such as Phuket, Goa, Larnaca, and Antalya, as well as Azerbaijan’s Baku, Belarus’s Minsk, and Germany’s Memmingen. Istanbul retained its position as the most popular destination from Vnukovo from February last year.

Domestic traffic, meanwhile, grew 32.9% to 766,000 passengers. The most popular destinations within Russia from Vnukovo were St. Petersburg, Sochi, and Rostov: all three routes saw the traffic double in February.

Cargo traffic also demonstrated an upward trend of 80% up year-on-year, to 4,985 tons.

Sheremetyevo’ traffic growth somewhat slowed down from 19.1% in January to 15.4% in February. The airport handled 2.535 million passengers last month; its international traffic increased 17.3% to 1.375 million passengers. The most popular destinations from Sheremetyevo were Paris, Prague, Tel Aviv, Bangkok, and Amsterdam. Domestic traffic climbed 13.1% to 1.160 million passengers, with St. Petersburg, Sochi, Yekaterinburg, Krasnodar, and Mineralnye Vody as the most popular destinations. The number of transit passengers grew as well, reaching 13% of the airport’s total traffic. Sheremetyevo’s base airline, Aeroflot, was the major contributor to this traffic growth, which was also added by China Southern, airBaltic, Smart Wings, and charter airline Royal Flight. Nordwind Airlines’ route network from Sheremetyevo was expanded to reach 10 domestic destinations.

Domodedovo’s growth rate continued to lag behind the competition. The airport reported a traffic growth of 3.4% in February, to 1.818 million passengers, against 2.1% in January. New destinations such as Sanya, Dusseldorf, and Varadero were the main contributors. The airport’s international traffic increased 11.75 to 772,000 passengers. The remaining 1.096 passengers traveled on domestic routes, which is roughly level with the results for February last year.

Sheremetyevo’s performance in January and February helped it retain the lead position by traffic among all of Russia’s airports, with Domodedovo and Vnukovo coming second and third, respectively.