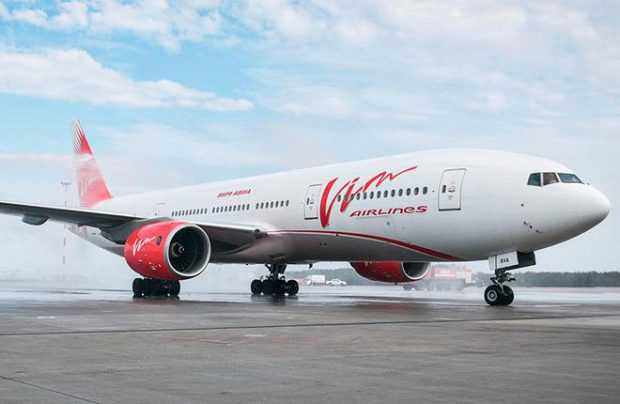 VIM-Avia airline has started operating commercial flights on board three wide-body aircraft – two Boeing 777s and a 767, according to Kommersant Daily. The Russian carrier continues operating another 777 (tail number VP-BVA) it acquired earlier. All three of the 777s are in 777-200ER modification.

The newly acquired aircraft have tail numbers VP-BDW and VP-BDR. Built in 1999 and 2002 respectively, the aircraft were previously operated by Malaysia Airlines and Singapore Airlines.

The Boeing 767 is a -300ER modification with tail number VP-BFI. Built in 1995 the aircraft changed hands several times and flew for five different carriers.

VIM-Avia earlier announced plans for expanding its fleet with several more Boeing 777s and 767s, but did not specify a particular number. It is also working on adding several Boeing 737s to its narrow-body fleet. One of them, a Boeing 737-500 with the capacity of 132 seats in single-class configuration, will enter service with the airline in the nearest future.

Despite aggressive fleet expansion, VIM-Avia still admits it is lacking capacity. The airline claims that as the reason for several charter flight delays in the recent weeks. The carrier also complained that aircraft delivery terms have been postponed from early May.

The Federal Air Transport Agency (FATA) has met with the airline’s executives and warned that its charter flights rights may be revoked unless the situation is resolved within the next two weeks.