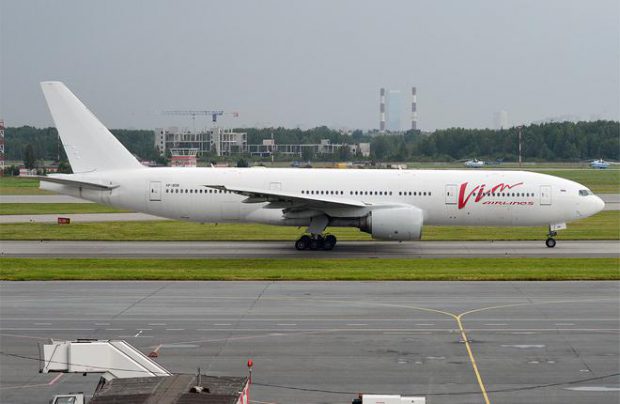 VIM-avia demonstrates a 54% increase YOY, due to introduction of wide-body aircraft (Photo by Anna Zvereva / Wikipedia)

VIM-Avia sharply increased its passenger traffic in the last two months, showing growth figures of 54% over last year’s figures. In this time, Russian carrier served over 300,000 passengers, according to a spokesperson for the airline. In June alone, according to Federal Air Transport Agency data, growth was at 37%, to 227,900 passengers.

The growth in passenger traffic on VIM-Avia is believed to be associated with the introduction of new wide-body aircraft, the first of which, a Boeing 777-200ER, joined the airline’s fleet at the end of April.

Subsequently, VIM-Avia took two Boeing 777-300ERs and one Boeing 767-200ER, with the possibility that the company will receive more of these aircraft. Also, the carrier said that in late August it will begin operation of its first wide-body Airbus A330.

In the first six months of 2016, VIM-Avia served 753,600 passengers, an increase of 9.7% from a year earlier. The carrier occupies ninth place in the ranking of Russian carriers by passenger traffic.