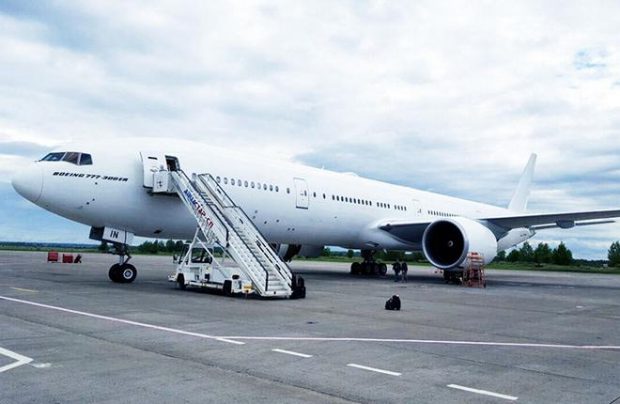 The carrier now has two examples of this modification (VIM Airlines)

VIM Airlines continues to expand its widebody fleet. The Russian operator has reported taking delivery of a second Boeing 777-300ER long-range twin-aisle airliner with a twin-class cabin layout. The first revenue flight will be performed from the airline’s base airport Domodedovo.

Adding another 777 to its fleet will help the carrier cope with its intensive summer schedule this year.

According to open sources, the new airliner, VP-BSF, is 15 years old and was previously operated by Emirates Airlines.

According to the Federal Air Transport Agency, the VIM Airlines fleet also includes Airbus A319s, Boeing 737-500s and 757-200 (which are now being phased out), 767-300s, and A330-200. Thanks to the fleet expansion effort the airline’s passenger traffic grew by 38% in the first half of the year to 1.04 million, earning it 10th position among Russia’s largest operators.