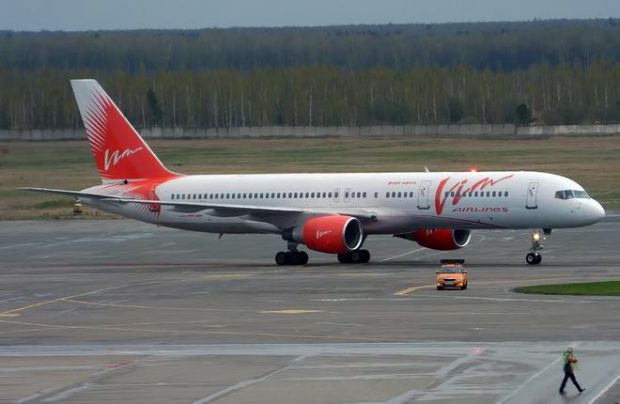 Last weekend, Russia’s Transport Ministry ordered the Federal Air Transport Agency (FATA) to relaunch its anti-crisis working group to sort in order to out the problems of VIM Airlines. The carrier had experienced yet another massive shedule disruption, leaving its passengers in limbo.

According to the Association of Tour Operators of Russia (ATOR), this time the disruption was caused by the airline’s outstanding debts to Moscow’s Domodedovo, the operator’s base airport. Vedomosti daily reports that the airline has actually turned to the Russian government for financial assistance. The airline claims that its difficulties are temporary.

The anti-crisis working group was set up earlier on, when VIM Airlines’ first flight delays started the Transport Ministry worrying that the carrier might not be able to meet its obligations to passengers, in which case other carrier would have to step in to take the defaulting operator’s passengers to their respective destinations.

The ministry is also looking into the airline’s financial risks through to the end of the year, and has decided to restrict tickets sales for VIM Airlines flights. The authorities are assuring the media that the carrier will resume operations shortly.

VIM Airlines began paying off its debts to Domodedovo on September 23. The airline, which is registered in Russia’s Republic of Tatarstan, reportedly managed to secure the support of Tatarstan’s administration, and also obtained guarantees from the oil company Tatneft and from the local bank Zenit, albeit for a very short term. The carrier is now trying to arrange for longer-term aid from the federal government.

RTOA says that as of September 23, 19 VIM Airlines departures from Domodovo had been delayed. The airline managed to perform most of its flights on September 24 and 25, although there were delays. Some services (from Antalya, Heraklion, and Fuzhou) are still pending, and a flight from Blagoveshchensk has been cancelled.

The airline released an official comment on September 23, saying the schedule disruptions had been caused by “a traditional seasonal decline”. The schedule will be back to normal shortly, the carrier promised.

The Russian airline faced its first massive flight disruption in May this year, when it had to cut back on its charter program, citing delayed deliveries of new aircraft and an unexpectedly high surge in passenger traffic.

VIM Airlines has been agressively expanding its fleet with widebodies since last spring. FATA says the airline currently operates two Boeing 767s, 14 Boeing 777s, and two Airbus A330s. Its narrobody fleet comprises four Airbus A319s and seven Boeing 757s. In the first eight months of this year, the operator managed to increase its traffic by 30% compared to the same period in 2016.