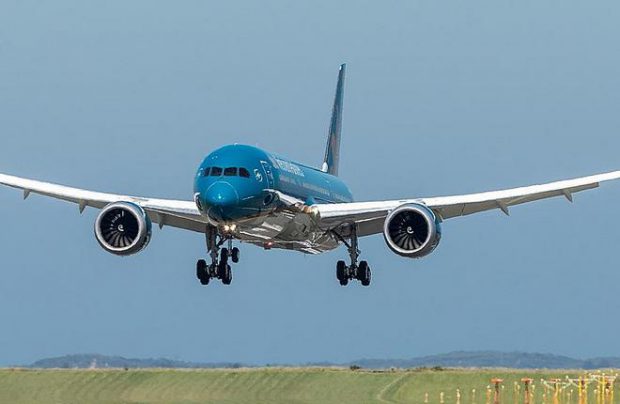 To satisfy its code-share arrangement with Aeroflot, the Vietnamese flag carrier has moved its Moscow operations to Sheremetyevo (Vietnam Airlines)

Vietnam Airlines will continue to offer three weekly direct Hanoi-Moscow Boeing 787-9 flights to be arriving at SVO Terminal D, Aeroflot’s home base for international operations. Aeroflot operates nine flights per week on routes between Moscow and Vietnam, with a daily flight to Hanoi and a twice-weekly service to Ho Chi Minh City, utilising Boeing 777-300ER aircraft.

This decision to switch airports will “strengthen cooperation and partnership” between the two counties’ flag carriers, which are also both members of SkyTeam Alliance, as the two airlines target the start of codesharing on domestic routes in Vietnam and Russia and expand their cooperation across several other areas of the business. “The move will take this cooperation further in the direction of a solid and mutually beneficial partnership, offering customers a wider choice of travel options and the world-class quality of two four-star airlines,” Vietnam Airlines points out in a statement.

Denis Pashkovsky, Sheremetyevo International Airport’s deputy general director of commercial activities, observes: “Vietnam Airlines and its passengers will greatly benefit from [our] advanced airport facilities, a wide range of available services and a vast route [network] of connections with Russian and European destinations on the flights operated by Aeroflot and other airlines, in particular the members of the SkyTeam Alliance.”

In the 25 years since its inception, Vietnam Airlines has transported more than 1.6 million passengers between the south-east Asian country and Russia. In 2018, Russia ranked sixth among Vietnam’s 10 largest international markets with 600,000 arrivals in Vietnam, a figure that is predicted to increase to one million by 2020.