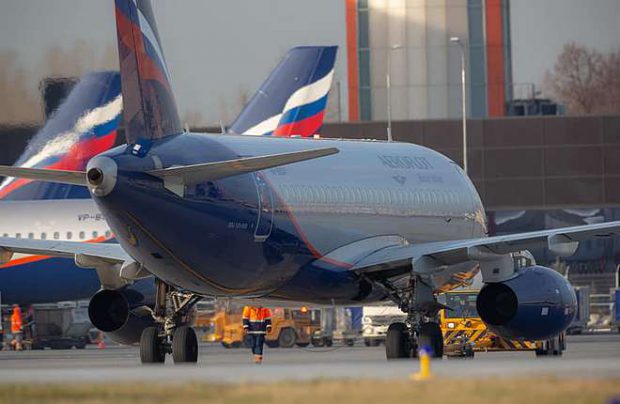 All of the SSJ100s delivered to the Aeroflot feature the same configuration, with 12 seats in business and 75 in economy class (SCAC)

To formally fulfil the 2019 minimum delivery agreement requirements of SSJ100 Russian regional jets, on the last day of 2019, state companies Sukhoi Civil Aircraft Co (SCAC), VEB and Aeroflot announced that SCAC had delivered five aircraft of the type to VEB.

The Russian-built aircraft are intended for Aeroflot and are part of a larger arrangement that squarely places Russian flag carrier as the key customer in the Superjet 100 programme. The state-controlled airline already operates 49 of the type (one was lost to a fire after a crash landing at Sheremetyevo in May 2019). In 2018 Aeroflot was forced into a deal for as many as 100 additional SSJ100s, without an option to refuse them.

President Vladimir Putin’s 2018 call for more than half of all Russia’s air traffic to be carried on direct regional flights – avoiding Moscow – by 2024, apparently inspired Aeroflot to develop a new regional strategy and confirm a mass order of the locally produced Superjet 100 jets.

The acquisition of these five SSJ100s was financed by the state development corporation VEB, which reportedly will be purchasing the batch of 100 for a total value of US$3.8 billion over a period of six years through to 2026, with subsequent 12-year-term operating leases for Aeroflot. VEB (formerly known as Vnesheconombank) is essentially an investment bank that supports Russia’s large-scale projects by raising funds in partnership with commercial banks.

“This agreement with Aeroflot is a vital part of the SSJ100 programme. A partnership between a national manufacturer and the national carrier is the solution to the ambitious goals that our country’s aviation industry is challenged with,” states Yury Slyusar, the general director of SCAC’s parent United Aircraft Corporation (UAC).

Aeroflot’s general director Vitaly Saveliev replied pointing out that throughout Aeroflot’s history, “supporting the national aircraft manufacturing industry remains one of the key tasks the airline is committed to.”

All of the SSJ100s delivered to the world’s largest operator of the type feature the same configuration, with 12 seats in business and 75 in economy class. The Russian regional jet entered service with Aeroflot in June 2011 and, up to now, remains the only available serially-produced civil aviation product of the local fixed-wing aircraft industry.