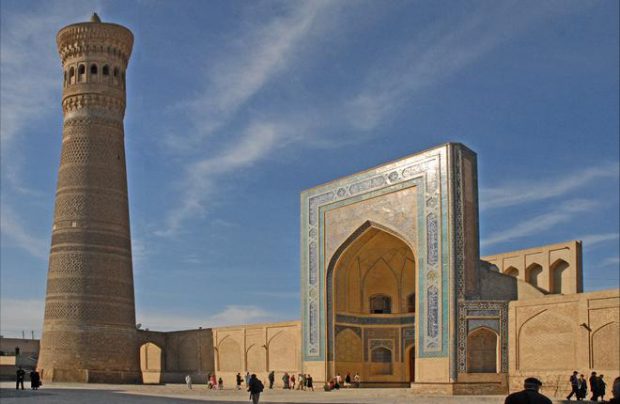 Bukhara is one of Uzbekistan's underrated tourist destinations

Uzbekistan is considering the launch of a new state-run regional airline this year. Already christened Humo Air – named after a mystery bird from the region’s ethnic mythologies – the airline will provide cost-efficient and affordable domestic air travel thereby helping to unleash the country’s tourism potential.

With a proposed turboprop fleet, the new airline will not challenge the monopoly position of the state-owned Uzbekistan Airways but will, instead, provide relief on short routes where the larger airline’s narrow-body fleet is inefficient.

The project was announced recently by Abdulla Aripov, one of the country’s leaders. “At the initial stage, the airline will arrange scheduled services inside the country for fares that will be much lower than the existing [fares of the monopolist Uzbekistan Airways]. That is the task set for our government by president [Shavkat Mirziyoyev], and I believe that within 2020 we will accomplish it,” Aripov has quoted to the local media.

The current leader of Uzbekistan, Mirziyoyev has, among other economic measures, indeed initiated an overwhelming reform of the country’s airline industry. It has resulted in the complete restructuring of Uzbekistan’s state-run aviation complex and the legal separation of the national flag carrier Uzbekistan Airways from the management of the country’s airports. A fifth-freedom traffic rights status was then introduced at some of these airports to revitalise the air travel market. After three years of reforms, the restructured industry has now taken its final shape, and the time has come for arranging more affordable services within the country.

Domestic air travel is not so much a vital necessity for the country’s own population, but is also expected to foster incoming tourism, which is considered one of the strategic industries for the national economy. Unlocking the country’s tourism potential will create additional work opportunities, spur regional development, improve the quality of life of the local population and raise the image of the country in general, it is hoped.

Last year, president Mirziyoyev signed several acts aimed at developing tourism, with regional air travel at the heart of it. The prescribed measures include, for example, a review of the regulations, optimisation of airlines’ costs, increasing the number of direct domestic connections, and implementing state subsidy tools for low-margin routes and more.

Uzbekistan Airways will play no part in this new project, the airline’s spokesperson has told Russian Aviation Insider. It is an initiative to be handled directly by the nation’s transport ministry, which is responsible for implementing state policy in civil aviation.

The potential market of Uzbekistan’s domestic air travel is indeed underdeveloped. Uzbekistan Airports, the newly-created national airport operator, manages 11 airfields across a country that is the fifth largest in the post-Soviet territory (after Russia, Kazakhstan, Ukraine and Turkmenistan) and stretches 925 km north to south and 1,400 km west to east. Its population of 33 million people is third to only Russia and Ukraine.

According to Uzbekistan Airways’ 2019 summer schedule, the national carrier operated domestic flights only from Tashkent to the eight largest airports of Urgench, Nukos, Samarkand, Bukhara, Termez, Fergana, Namangan and Navoi, but providing no direct services between these cities. With route distances ranging between 200 and 800 km, Uzbekistan Airways had no other option than to operate its 150-seat Airbus A320s or even long-haul Boeing 757-200s (up to 190 seats) and wide-body Boeing 767-300ERs (up to 264 seats). With no rationale behind operating such aircraft on these routes, and after retiring the last of its Ilyushin IL-114-100 turboprops in May 2018, the airline had no other options.

A Uzbekistani airline industry source has revealed to Russian Aviation Insider that Humo Air will operate an all-turboprop fleet, and that ATR and Bombardier models are on the short-list of candidates. If the project materialises, it will provide some respite to Uzbekistan Airways, which will then have the opportunity to concentrate instead on revenue-generating international operations. At the same time, Humo Air will likely operate more direct flights between regional airports, thus avoiding head-on competition with the larger airline whilst also complying with president Mirziyoyev’s instructions.

There are at least two private commercial aviation initiatives in existence in Uzbekistan, but the regulative environment does not seem to support such projects, and neither of the two airline projects have yet reached the stage of procuring Air Operator’s Certificates.

Qanot Sharq has been talking about the creation of a regional airline for some time, and even signed a letter of intent for three Superjet 100s at the last MAKS 2019 Moscow Air Show. However, in the months that followed, the company’s founder Nosir Abdugafarov admitted that the search for optimal aircraft types was continuing. Even though he assured that the authorities welcomed his initiative, it was clear from his description of the situation that the project was still bogged down with bureaucratic hurdles. Independent carrier, Qanot Sharq, responded to Russian Aviation Insider’s inquiries saying that the project was still running, but offered no further comments.

The second private airline project, called SilkJet, intends to launch a low-cost carrier. Its co-founder Alisher Annazarov told Russian Aviation Insider that a masterplan for the budget airline was in place and that negotiations with several potential investors were on-going. However, he observed that the Uzbekistan authorities have not been successful in creating a level playing field for airlines, including the award of commercial rights for operating international flights. Annazarov is positive about Abdulla Aripov’s Humo Air initiative saying that any new player would only make Uzbekistan’s airline industry stronger.