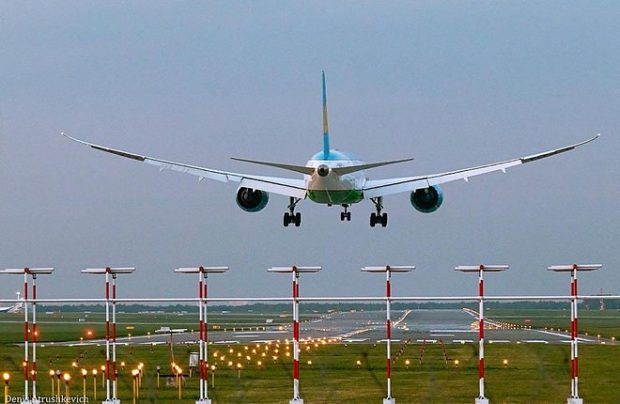 As is evident by its name, Uzbekistan Airways remains in charge of flight operations and aircraft fleet and, as well as all airline operations, it has now also incorporated the ticket sales agency and procurement complex. At the same time, the former state unitary enterprises have been transformed into limited liability-type companies, including all of the central Asian country’s 11 international airports of Andizhan, Bukhara, Karshi, Navoi, Nukus, Namangan, Samarkand, Tashkent, Termez, Urgench and Fergana. The state-owned share in their registered capital has been handed over to Uzbekistan Airports.

The aircraft maintenance organisation, which used to be a structural division of NAC, has also been reshaped into an independent limited liability company called Uzbekistan Airways Technics.

At the launch of the reformations, NAC’s spokesman told Russian Aviation Insider that the plan was for the aircraft maintenance, repair and overhaul (MRO) division to develop into a self-sufficient service provider that would eventually manage its business and finances separately from its parent airline.

By contrast, Uzaeronavigatsiya, the national air navigation service provider, is now under the direct control of Uzbekistan’s transport ministry.

The restructuring initiatives are in line with the November 2018 decree issued by the country’s president Shavkat Mirziyoyev that urged measures for the “radical improvement of the civil aviation of the Republic of Uzbekistan”. The need for separation was driven by out-dated and inefficient management systems that mixed commercial operations with state regulations and resulted in poor financial performance. Its other objective is to put an end to the air travel market’s monopoly, including management of the ground infrastructure, a factor which caused Uzbekistan to fall behind the global airline industry and which also made some of its airports a financial liability.

The separations, as well as other key changes, which hopefully will lead to improved efficiency in the country’s civil aviation sector, is being carried out with the assistance and supervision of the World Bank.