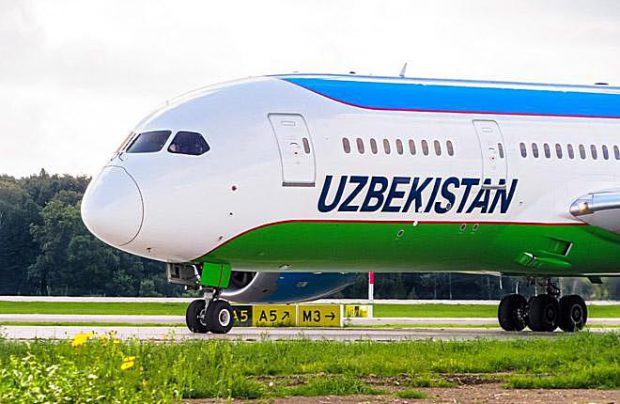 Apparently it is the first aircraft (registration number UK78701) that Uzbekistan Airways received more than three years ago in August 2016. From August 30 to September 20, this aircraft was on the ground at Tashkent airport, according to public tracking services.

Uzbekistan Airways has reported that engines, landing gear, wing mechanisation, control systems, as well as hydro and electric, oxygen and fire systems were all serviced on the Boeing 787 during the heavy maintenance check.

In addition, software upgrades for aircraft systems were carried out, as well as a number of interior and exterior upgrade works in which UAT specialists replaced the carpet, passenger seat covers and partially restored the aircraft’s paintwork.

Uzbekistan Airways Technics is based at the international airport of Tashkent and primarily serves the fleet of Uzbekistan Airways that consists of 36 aircraft, including six Boeing 787-8 Dreamliners. In all, Boeing 757/767/787 and Airbus A319/A320/A321 types are serviced by the MRO specialist. Currently, UAT is gearing up to service another type, the Boeing 737.

Meanwhile, UAT is aiming to enter the third-party international market by increasing both its capacity and its capabilities. The provider carries the certificates of the aviation authorities of Uzbekistan, Kazakhstan, Tajikistan, Europe (EASA) and Bermuda (BCAA).