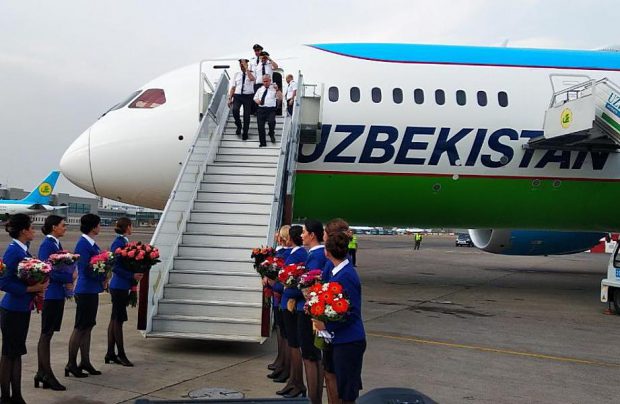 As part of an on-going investment project to upgrade and expand its fleet, Uzbekistan Airways has taken delivery of another Boeing 787-8, its fifth example of the long-haul type.

The aircraft, sporting registration number UK78705, arrived at the carrier’s Tashkent International Airport base on July 2, 2019. The GEnx-1B-powered aircraft is configured to carry 246 passengers, offering 24 seats in business class and 222 in economy, and is the Uzbeki national carrier’s fourth aircraft equipped for in-flight broadband Internet access.

The airline says the latest aircraft will be used for flights to Frankfurt and Beijing. Uzbekistan’s flag carrier in 2016 became central Asia’s first customer of Boeing 787-8 Dreamliners, which are currently used for flights to Europe, Asia, the United States and via Alaska to New Zealand.

In accordance with the Uzbekistan Airways development plans, the carrier’s fleet will have six Dreamliners in 2020, making it the leading operator of the type in the CIS.

Earlier this year, the airline has received two Airbus A320neo aircraft, and a Boeing 787-8.