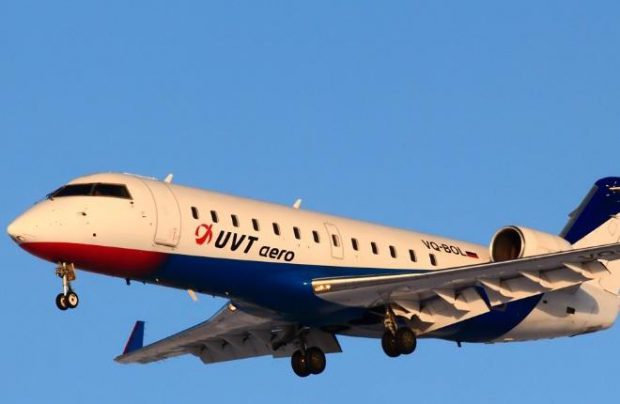 Russian carrier UVT Aero, which launched operations in July 2015, has been cleared by the national aviation authority to perform international flights. Under Russian laws, a newly established airline can be authorized to fly abroad commercially after two years of domestic operations.

The Tatarstan-based airline filed the relevant request with the Federal Air Transport Agency on July 10, 2017. It then successfully passed the requisite fleet, personnel, and documentation inspections.

UVT Aero has yet to officially identify its international destinations. The airline is reportedly planning to fly from Kazan to the exclave city of Kaliningrad, which is separated from mainland Russia by foreign territory so requires an international flight clearance to get to.

UVT Aero CEO Petr Trubaev in August 2016 said the carrier was planning to launch flights to CIS countries first, to be followed by services to farther abroad.

One year later, the operator announced it would be renewing its fleet of seven 50-seat Bombardier CRJ200 regional jets. UVT Aero is currently choosing between the Embraer E190/E195, Airbus A319, and Boeing 737-700; the management not ruling out the possibility of going for the Sukhoi Superjet 100 regional jet. The Tatarstan government is expected to have a say in the final decision. New aircraft should be delivered in Q1 2018, so that the carrier could start the new summer season with a larger fleet.

The airline is expecting to receive three aircraft initially, which it will use for charter operations. Subsequent fleet expansion is to proceed gradually.

UVT Aero is based at Tatarstan’s Kazan, Bugulma, and Begishevo airports. In January through July 2017 it ranked 30th on the list of Russia’s largest airlines by passenger traffic, serving more than 130,600 passengers (+23% year-on-year). The carrier expects to turn a profit of 118.9 million rubles ($2 million) this year, despite having launched a costly scheduled engine repair program.