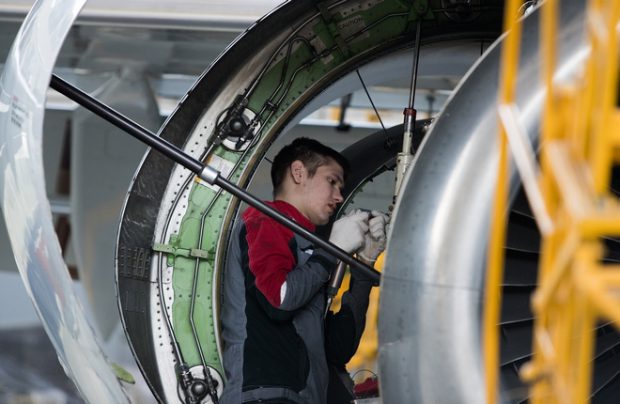 The results are somewhat less than the originally targeted 450,000 man-hours, a short fall which is attributed to a number of factors in the industry, including the grounding of the Boeing 737 MAX fleet. However, the company still secured approval from the Bermuda authorities for MAX line maintenance, with A- and B-checks to be carried out at Vnukovo, Domodedovo and St Petersburg’s Pulkovo airports.

In the meantime, the MRO provider has put its plans for launching Sochi and Simferopol bases on hold. With demand comfortably going up at Vnukovo and Domodedovo, the company has decided instead to concentrate on growing its business at these capital city stations in 2020, rather than developing its business at the airports serving the Black Sea resorts. UTG M&E’s priority objective for this year is to focus on its heavy maintenance work and win new customers. As an example, in response to the growing demand, the company is planning to secure an approval for C-checks on Airbus A320neos.

In January this year UTG Maintenance & Engineering completed its first ever C-Check at Domodedovo on Smartavia’s Boeing 737-700. In February it also won a tender for Pobeda’s Boeing 737-800 maintenance and has scheduled to start works on the first four aircraft in March and the Vnukovo station has completed a second C-check for Yakutia. Utair Airlines has selected UTG M&E as its base maintenance provider and has already placed one of its Boeing 737-500s for a C-check with the company. The near-term plans also include three consecutive C-checks at Vnukovo on Airbus A321s operated by Red Wings.

With its Vnukovo heavy maintenance business enjoying steady growth, UTG M&E plans to expand its hangar area at the airport by 3,000 sq m by renting an additional hangar section.