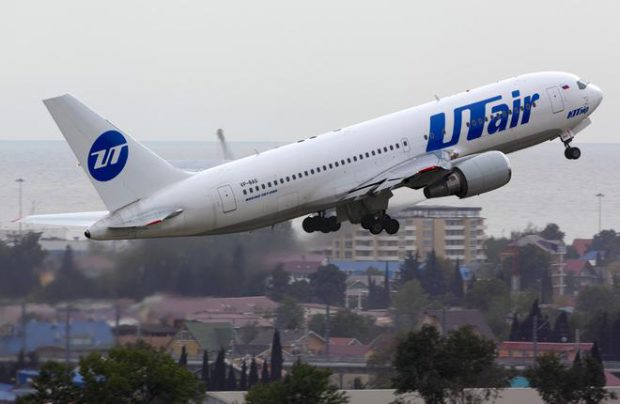 This Boeing 767, with registration VP-BAG, is currently engaged in the delivery of Irish troops from Dublin to Damask, Syria (Artyom Anikeev / Transport-Photo Images)

During the COVID-19 destruction of the air travel market, Russian airline Utair has increased its survival chances by winning a United Nations contract for the deployment of peacekeeping forces to Syria.

The contract worth US$189,000 may increase the chances of survival for the Russian airline in the ongoing air travel market crisis

One of the airline’s B767-200ERs arrived in Dublin, Ireland on April 4 at the start of a programme of transporting Irish troops to Syria that will last until the end of April. Under the current shut down of flights, the deal agreed with the UN is the financially stretched airline’s only reliable income source. According to the UN, the contract value is worth US$189,000.

Under the UN contact with Utair, which is in effect up to April 30, the airline will operate charter flights delivering Irish troops from Dublin to Damask to support the United Nations Disengagement Observer Force (UNDOF) effort.

On April 4 the 249-seat Boeing 767-200ER made its first flight from Dublin Airport (IATA: DUB) to Damask airport (DAM), a distance of some 4,000 km, before returning to its Irish temporary base.

Utair’s two other B767-200ERs, which is the largest type in the Russian airline’s fleet, have been on the ground at Moscow’s Vnukovo airport since March 20. All three of the wide-bodies are owned by Russia’s VTB Leasing group, which has recently approved a grace period for monthly lease payments on these aircraft.

The current list of the UN Secretariat’s registered vendors includes some 50 Russian companies which between them won UN contracts for $167.6 million in 2019, the fourth highest total behind companies from Kenya, USA and the UAE. Aviation expenses are among the largest cost burdens for the international peacekeeping organisation. In 2019, air transport expenditure of $478.8 million consumed 16.2 per cent of its budget.

Russia’s airlines have a history of supporting the United Nations, having provided aviation services to the UN for almost three decades. In particular, Utair Group and primarily its helicopter subsidiary, has been fulfilling UN contracts since the early 1990s, but Royal Flight, Nordavia (Smartavia), Red Wings, Pegas Fly, Nordwind and several other Russian passenger carriers are surprisingly also listed as UN-registered vendors. Utair Group tops the list by the value of contracts, having rendered services worth up to $7.3 million last year, outperforming SKOL’s $4.9 million and Nizhnevartovskavia’s $4.2 million, figures that are nevertheless substantially short of 2018’s contracts which were worth a collective $32.4 million to Russia’s carriers.

Although the revenues from these UN contracts will not come close to offsetting airline losses in the currently grounded market, for some they at least increase their chances of survival.