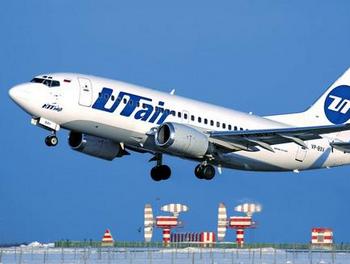 The Russian Ministry of Economic Development has approved government support for UTair Aviation. The airline, which ranks fourth for traffic among the Russian passenger carriers, will receive government guaranties worth RUR 9.5 bln, subject to approval by a government commission.

The guarantee will enable the financially troubled airline to apply for a syndicated loan worth up to RUR 19 bln, and to use it in order to settle part of its outstanding debt, which amounted to RUR 80 bln (US $1.45 bln) as of the end of the second quarter of 2015. Before getting access to the guarantees, the airline will have to agree with its creditors on restructuring the rest of the debt. UTair’s failure to do this past February, when the carrier applied for state aid for the first time, resulted in its application being turned down by the government commission.

In the meanwhile, UTair is radically cutting its network and traffic. In the first seven months of 2015, it served 3.1 mln passengers, or 39% down year on year.

Earlier this year, government guarantees worth RUR 9 bln were allocated to Transaero, Russia’s second largest airline. However, access to additional financing did not save that carrier from the prospect of either downright bankruptcy or a merger with its main rival Aeroflot. Ural Airlines, another of Russia’s top five airlines, also sought government help, in the amount of RUR 2 bln, but Vneshtorgbank (VTB) refused to renew its credit line and hiked the interest rate to 24.47%.