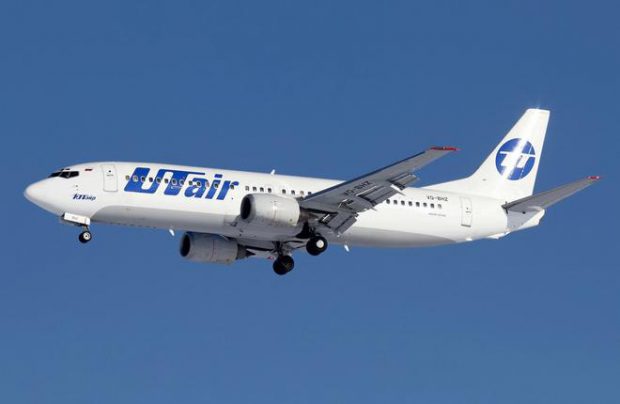 Russian airline UTair Aviation has reported a net loss of 2.945 billion rubles ($53.09 million) for Q1 2017, or 2.1 times up year-on-year. The carrier’s report reads that the loss is a result of both low demand during the winter months and increased competition, which has led to a decrease in air fares.

UTair has been accumulating outstanding losses since 2014; as on March 31, 2017, the sum stood at 40.994 billion rubles, an increase of 2.3% year-on-year. The carrier blames the ruble’s depreciation, which it says resulted in higher expenses denominated in foreign currencies (such as leasing, fuel, and maintenance payments) and also a drop in passenger numbers on international flights.

Yields generated by carrier’s helicopter sector decreased 58% to 726.9 million rubles. This was because of UTair’s continuing work to transfer the rotary-wing business to its subsidiary UTair Helicopter Services.

According to a UTair spokesperson, the Russian passenger aviation market is currently recovering from the worst phase of the crisis but stagnation will continue because of a growth in carrying capacity. Nevertheless, the airline is confident that it will reach its traffic target.

The carrier was placed in a high-risk group in 2014 because of its rapidly growing debts. It reacted by phasing out about one half of its fleet and introducing a more efficient business plan. The carrier also received subsidies from the government.

The airline’s 2016 performance indicates that it was able to overcome its unprofitability problems: UTair’s net profit amounted to 589.7 million rubles in accordance with the Russian accounting standards.

UTair is Russia’s fourth largest airline for passenger traffic. It carrier 6.654 million passengers in 2016, a year-on-year increase of 20.1%.