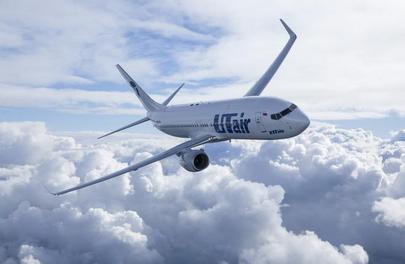 UTair is once again in level flight (Photo by UTair)

At the end of 2015, UTair Group managed to get back in black ink. According to the group’s 2015 financial report, its net profit amounted to 2.274 billion rubles ($35 million), against the net loss of 61.659 billion rubles in 2014. The group includes Russia’s third largest passenger airline — UTair Aviation and the country’s largest helicopter operator — UTair Helicopter Services.

The group’s operational activities generated 5.035 billion rubles profits, whereas in the previous year the operation losses amounted to 10.853 billion rubles.

The main negative factors the group had to withstand in 2015 were ruble devaluation, which lead to skyrocketing leasing prices and ground handling expenses, as well as a plunge in demand for air transport services, especially in the revenue-generating international segment, the report states, also mentioning charter program cuts and tour-operator bankruptcies.

UTair airline reported on its financial results earlier. According to Russian accounting practices, its net loss in 2015 decreased 17.4% to 18.426 billion rubles, including helicopter operations. Income reduced by 30% to 49.665 billion rubles. The reduction was evident in both the helicopter and passenger operation segments.