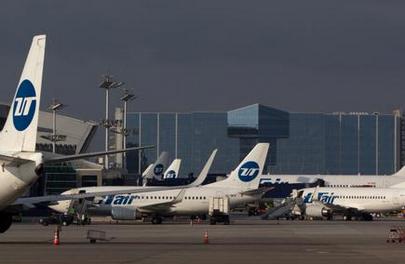 Russia’s fourth largest carrier, UTair, has drastically reduced its fleet as part of its efficiency improvement program. Within one year since October 2014 the airline grounded 52 out of 115 aircraft, UTair’s spokesperson told Russian Aviation Insider.

The debt portfolio restructuring program launched a year ago implies several measures aimed at cutting costs and improving performance. The company is realizing the measures ahead of schedule, the spokesperson emphasized.

New narrow-body aircraft were the first to leave the fleet: all of the 12 Airbus A321s and six out of 15 Boeing 737-800s. UTair did not comment on the choice, but evidently it is for high cost of leasing. At the same time the fleet of classic Boeing 737-400s and -500s basically stayed untouched (36 aircraft against 40 a year earlier).

In the long-haul segment, UTair reduced the number of Boeing 767s from nine to three, and shook off all of 757-200s. Some of these aircraft were transferred to subsidiary Katekavia, which operates as Azur Air on the tourist charter market.

As a result of fleet restructuring UTair’s capacity was reduced from 16,000 to 8,000 seats. At the same time the carrier reconfigured its route network. Its traffic plunged 38% in the first eight months of 2015, international segment declined 68.3%, domestic – 17.6%. However, the airline’s spokesperson refused to tell, whether the measures have allowed the company to turn around.

UTair is still in negotiations with the government regarding state support. The airline initially asked for 38 billion rubles (ca $630 million at current exchange rate), but the Ministry of economic development only approved allocation of 9.5 billion rubles ($158 million) in state guarantees. This would enable the carrier, whose outstanding debts piled to 86 billion rubles ($ 1.43 billion) to raise a syndicated loan of up to 19 billion rubles ($316 million) and partially settle its obligations.

In the ongoing struggle of Russian carriers with plunged demand and rising costs UTair provides an example of how a debt-stricken airline can find ways to rearrange its operations and find agreement with the banks to save it from bankruptcy.