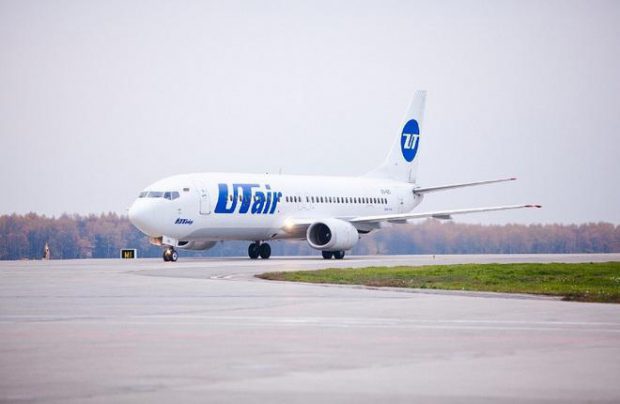 UTair transported 6.148 million people in the past 11 months instead of the planned 5-6 million passengers for the whole 2016 (Photo by UTair)

Russia’s UTair Aviation has beaten its annual passenger traffic target in January-November serving 6.148 million passengers. Initially the airline had planned that by the end of the year the number of passengers would reach 6 million people.

The airline managed to beat the target due to higher-than-expected pace of development. In the first half of the year its passenger traffic increased by 14.3%, while growing by 19.0% in the 11 months. The number of passengers increased especially quickly in October (+30.9%) and November (+38.7%). It is specific that, in these two months international traffic grew more actively.

Another reason for the rapid growth of passenger traffic was an increase in aircraft flying time, which was provided by the strategy of economic efficiency improvement. In January-November, this figure amounted to 163.992 thousand hours (+11.7%). Passenger load factor has increased as well growing in November by 9.6 pct (to 70.4%).

UTair also mentioned its successful policy toward the transition to winter schedule. The airline has managed not only to maintain the flight rate on the main directions from its base airport Vnukovo in Moscow, but even increase it. Moreover, with the coming of autumn, the carrier launched new flights.

The company has also registered significant growth in freight transport segment. For the first 11 months of 2016, the airline transported nearly 16.7 thousand tons of cargo and more than 4.9 thousand tons of mail which is by 31.7% and 67.6% more if compared to 2015, respectively.

UTair holds the position of Russia’s fourth largest carrier by passenger traffic. Currently, the airline serves more than 150 destinations, with more than 70 of them unique. UTair fleet consists of more than 60 aircraft. In January-September UTair managed to break even.