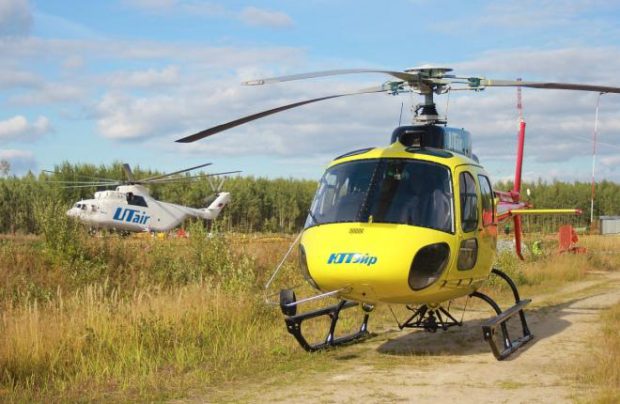 The carrier already operates several of the type (UTair)

The contract was signed in the fall of 2017. Deliveries are scheduled to start in April or May and continue until the middle of summer. According to Semenov, UTair currently has 21 AS350/AS355s aircraft.

These helicopters are used primarily for oil and gas pipeline and power line patrols, for transporting freights (including externally), and for passenger transportation, including in Siberia. Semenov projects the combined utilization rate of UTair’s AS350/AS355 fleet to grow by about 30% next year to 16,000 flight hours.

The Airbus Helicopters aircraft are replacing Robinson R44 rotorcraft, of which the airline has four. “We will transfer them to other operators, they will no longer be part of our fleet,” Semenov explained. “We are currently leasing them out, because our clients have stopped ordering them. The R44 is intended for two purposes: as a trainer and for private flying. It is rarely used for commercial applications.”

UTair earlier placed an order for several examples of Airbus Helicopters’ larger aircraft, the H175s, but has no immediate plans to operate them. One of these rotorcraft was delivered in late 2014 but never entered revenue service. The manufacturer uses it for demonstration purposes and as a training asset under a contract with the airline.

“The aircraft was intended for an international offshore project that never materialized,” Semenov explained. “Seeing as we cannot use the helicopter in our routine operations, we have found a solution jointly with Airbus Helicopters, which is operating it now. The share of offshore operations within UTair Group is relatively small. For instance, we provide support to Gazprom’s projects on Yamal. Where deck-based aircraft are required, we use our Kamov Ka-32s, which are equipped for deployment to offshore rigs.”