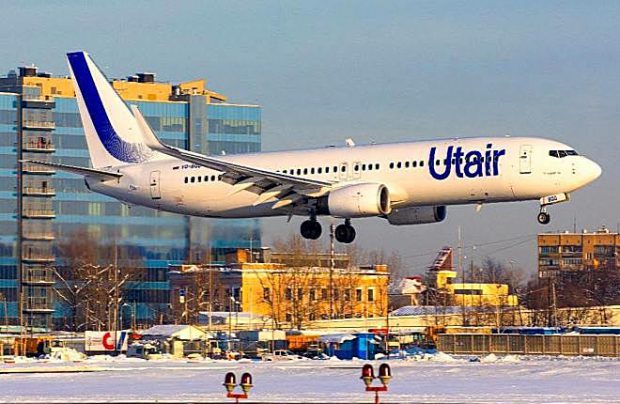 While waiting for US planemaker Boeing to resume the deliveries of its grounded B737 MAX, Utair Airlines has continued to upgrade its fleet with the addition of earlier generation aircraft. Russia’s sixth largest airline has announced a contract with the Carlyle leasing company for the delivery of two Boeing 737-800s, both of which are configured with single-class economy cabins containing 186 seats. The airline also said it is negotiating for the deliveries of a further two 737NGs in 2020.

“Utair’s [current] strategy is not aimed at expanding its fleet, but instead at the cost-efficient replacement of the [mid-haul] aircraft types currently in operation, with those that offer more capacity and better fuel burn,” comments Pavel Permyakov, president of Utair – Passenger Airlines. “While the Boeing 737 MAX delivery schedules have slid back, we are renewing our fleet with B737NG models. But we’re still expecting to add the MAX next year, as soon as the aviation regulators confirm they are completely safe,” he adds.

Utair’s press contact explained to Russian Aviation Insider that the two Boeing 737-800s signed on an operational lease contract from Carlyle (formerly Apollo Aviation) are scheduled to enter service with the Russian airline in May and June of next year.

The Surgut-headquartered carrier originally placed an order for 30 of the re-engined Boeing 737 MAXs in 2018. According to the contract, it was scheduled to take delivery of six of them before the end of 2020, including three initial B737 MAX-8s to be introduced during 2019.

These new aircraft were to be replacements for the carrier’s ageing 126-seat Boeing 737-500s. However due to the grounding of the B737 MAX fleet, which halted all global deliveries, Utair has had to keep some of its vintage -500s flying longer than expected. In April the airline opted to lease one B737-800.

Utair also operates three Boeing 767-200s, 10 B737-800s and 15 ATR-72 turboprops. The latter were leased in 2011 and 2012 and the airline has no plans to replace them. These eight-year-old aircraft are used on direct regional flights. The airline is pursuing this fleet renewal strategy despite its dire financial situation. Its total debt at the end of 2018 stood at 59.9 billion roubles (US$950 million), although it managed to achieve a net income of some one billion roubles (US$15.5 million) in the first nine months of 2019.