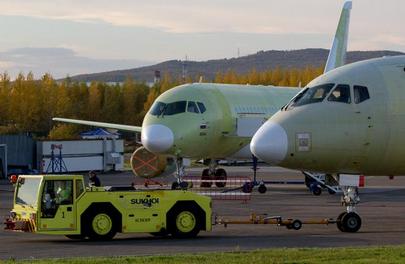 Acknowledgement of Russian authorities' certification power is important for the export of Russian-built aircraft (Photo by Leonid Faerberg / transport-photo.com)

Aviation authorities of the United States and the European Union have acknowledged receipt of information regarding transfer of aircraft certification functions from the Interstate Aviation Committee (IAC) to Russian federal regulative bodies: the Transport Ministry, the Ministry of Industry and Trade and the Federal Air Transport Agency (FATA). Both the FAA and EASA received the appropriate notes via diplomatic channels. No additional audits are planned by either American or European authorities, a FATA spokesperson told Russian Aviation Insider.

The transfer of certification functions from the IAC, an interstate body responsible for aircraft certification and incident investigation in the CIS countries, to Russian authorities was ordered by a governmental decree issued on November 28, 2015, following a conflict between the FATA and the IAC. The disagreement arose after the IAC revoked certificates of Boeing 737, the most common aircraft type in the total Russian fleet. The FATA reacted by refusing to ground the fleet, leading to the Russian government’s decision to create a separate certification body.

This newly created entity is called the Aviation Register of the Russian Federation, and it is currently hiring personnel.

Kommersant Daily earlier reported that Italian aviation authorities were preparing to conduct an audit of the Russian continued airworthiness system, as Italian companies are involved in marketing the Russian-made Sukhoi Superjet 100 in Europe. However, the FATA assured Russian Aviation Insider that the audit will be nothing more than a “formality.”