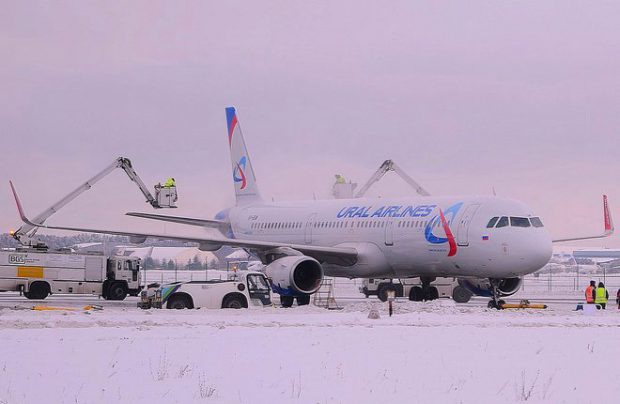 Ural Airlines, which operates a fleet of 48 Airbus A320 family aircraft, is planning to build a heavy maintenance hangar at Zhukovsky Airport (IATA: ZIA) near Moscow and is currently negotiating with the airport as it creates a design project for a hangar with space for two narrow-body aircraft, the airline has revealed to Russia Aviation Insider.

The decision to acquire land at Zhukovsky , which is located some 25 km from Moscow, for the future maintenance facility was made in 2019. Last year Ural, currently Russia’s fourth largest carrier, was accountable for nearly 60 per cent of ZIA’s entire traffic.

Ural Airlines Technics, the airline’s own aircraft maintenance division, currently operates a sizable hangar complex for four aircraft at its Yekaterinburg Koltsovo airport base as well as line stations at Domodedovo (Moscow), Balandino (Chelyabinsk) and Kurumoch (Samara) airports. Plans for adding another hangar at Koltsovo are also underway, and the airline is in the process of working on various design options for the project.

As of today, Ural Airlines Technics covers 80 per cent of its parent airline’s aircraft maintenance needs. Last year the production output increased by 23.8 per cent compared to 2018, against a targeted 15 per cent growth to 410,000 man-hours. The improvement was spurred by the introduction last year of AMOS MRO Edition software and by the launch of a new in-house wheel and braking system repair facility, as well as a dedicated unit for composite repairs and for cabin interior equipment maintenance.

In 2019 Ural Airlines commenced operations of a new aircraft type, the LEAP-1A-powered Airbus A320neo. Ural Airlines Technics has been approved for all types of line and base maintenance of the neo family and is in the process of securing approvals for its own centre for the training of maintenance personnel. The annual savings from maintaining the parent airline’s fleet in-house is estimated at US$2million.

ZIA was opened for passenger operations in May 2016 and served 1.32 million passengers in 2019, as the airport continued to partner with airlines on projects to generate new traffic outside the Russian capital’s ‘aviation cluster’ consisting of the country’s largest airports at Moscow’s Sheremetyevo, Domodedovo and Vnukovo airports.