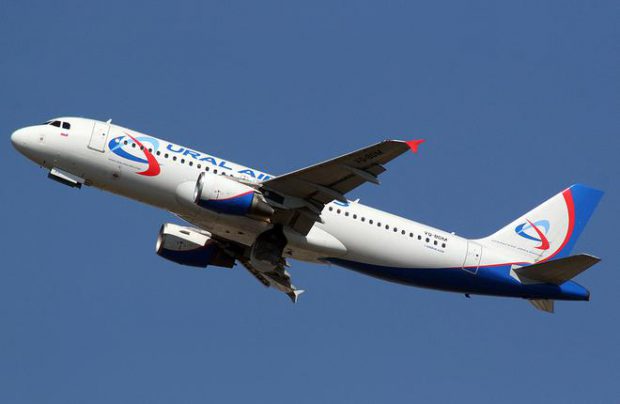 Each of the carrier's Airbus A320 family airliners spent an average of 11.49 hours in the air daily (Curimedia / Wikipedia)

Ural Airlines led Russian carriers in Airbus A320 family utilization (the average daily hours flown per airframe) in 2016, according to the data accumulated by the OEM. Each of the airline’s A320s spent 11.49 hours in the air daily on average.

The airline reported in November 2016 that its A320s had exceeded 11 hours flying per airframe per day on average for that year. Each of the carrier’s airliners were spending an average of 3,800 hours flying per year, and the airline was planning on bringing the figure to 4,000 hours.

According to the data provided by the Federal Air Transport Agency (FATA), Ural Airlines carried 6.467 million passengers in 2016, up 18.8% on the year before. The carrier’s aircraft covered an average distance of 2,373 km per flight, or 1.6% less than in 2015.

In 2015, prior to merging with sister carriers Donavia and OrenAir, Aeroflot Group subsidiary Rossiya Airlines was the Russian leader in A320 daily utilization with an average of 11.32 hours per airframe. As of January 2016, Rossiya was operating 23 A320 family airliners.