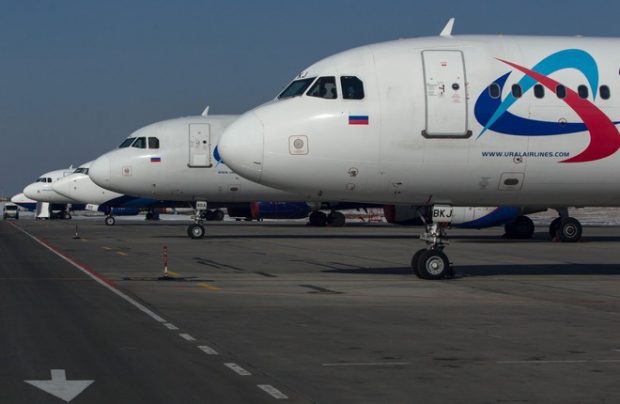 Russian carrier Ural Airlines is to boost its all-Airbus narrowbody fleet with the delivery of four more A320 family aircraft by the end of May 2018. The fast-growing, full-service airline plans to take one A321 previously operated by Germany’s Air Berlin and two A321s formerly flown by Britain’s Monarch Airlines, both of which ceased operations last year, the Yekaterinburg-based operator has revealed to Russian Aviation Insider. All aircraft are being taken under operational lease contracts.

However, comments given by Ural Airlines CEO Sergey Skuratov to TASS newswire suggest the airline seems to have dropped itts original plans to increase its fleet to 50 aircraft this year. Instead, it is poised to receive just four airplanes rather than seven, as previously planned.

Skuratov admits that the lack of sufficient numbers of aftermarket aircraft capable of meeting the airline’s specific technical parameters is to blame for this change.

Commenting on the carrier’s future fleet expansion plans, he notes that Ural Airlines is going to obtain two Airbus A321neos by the end of May 2019. It was previously reported that the airline was planning to receive two longer-range A321neo LRs next year.

In the meantime, and for the second consecutive year, Ural Airlines was named by Airbus as the leading A320 aircraft family operator in Russia, with an average daily utilization rate of 12.71 hours per unit in 2017.

Ural Airlines, one of the five largest Russian air carriers, enjoyed a flying start to 2018, transporting 1.04 million passengers in the first two months or 20% more year-on-year.