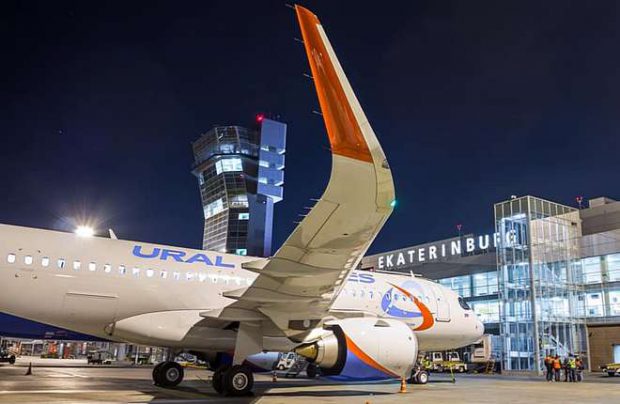 Russia’s Ural Airlines was the world leader in Airbus A320neo family utilisation rates in 2019. According to Airbus records, the daily flight times of the Russian airline’s neo family aircraft reached an average of 14 hours, making it the most efficient operator of the type globally.

Ural Airlines took delivery of four neos – three A320s and an A321 – in the second half of 2019 and a further A321 neo in early 2020. Thus the high operational efficiency rates were achieved over the course of several months.

The Yekaterinburg-based private carrier also enjoyed a substantial improvement in its financial performance last year with its net profits, as measured by Russian accounting standards, increasing by a factor of 5.4 times, reaching 2.092 billion roubles. Revenues grew by 8.8 per cent to 88.48 billion roubles, including 68.156 billion generated by scheduled services – up from 62.562 billion roubles in 2018. More than half of the carrier’s revenues were generated by international services.

At the same time, leasing costs increased by 9.2 per cent to 7.29 billion roubles.

Even so, the airline believes its financial performance was hindered by disruptions to the Airbus A320neo delivery schedule, and the global suspension of Boeing 737MAX deliveries.

Russia’s fourth largest carrier, Ural Airlines, suffered a notable decline of traffic numbers, with passenger figures down by 25.4 per cent to 494,000 in March 2020, the first month of the on-going Russian air travel market downturn following the Coronavirus pandemic.