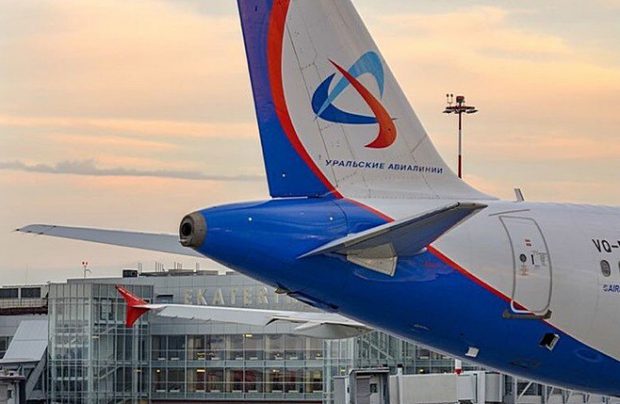 Russia’s Ural Airlines (U6) is to launch direct services from Moscow’s Domodedovo airport to London Stansted on December 20, breaking Aeroflot’s Russian monopoly on the lucrative route. Ural will become the second designated Russian carrier on the route, in line with the existing intergovernmental bilateral agreements between Russia and the UK whereby each country may be represented by only two airlines.

Up until 2015, the now defunct Transaero was the country’s second airline to fly between the two countries, having launched direct flights to the UK in 1998. After the airline ceased trading, a number of Russian carriers expressed an interest in operating flights to the UK.

Ural Airlines has revealed to Russian Aviation Insider that, depending on passenger demand, the London Stansted services will be operated by Airbus A320/A321 aircraft. The airline’s A320 is capable of transporting up to 162 passengers, while the A321 offers up to 200. The Yekaterinburg-based carrier indicated that, at this stage, it is not planning to use its newly-received A320neo aircraft on the route. Currently Ural Airlines has two A320neo in its fleet. By the end of this year, three more of the re-engined Airbus family aircraft are planned for delivery.

For several years, and up until this autumn, British Airways was the only designated UK carrier to operate flights between the two counties (previously, British Midland and later EasyJet supplemented the UKs national carrier) – the airline serves the route from London Heathrow to Moscow Domodedovo. However, from this October, the UK-based subsidiary of Hungarian low-cost carrier (LCC) Wizz Air has started to fly to Moscow’s Vnukovo airport from London Luton.

Wizz Air UK also operates flights between London and St Petersburg being UK’s only carrier to serve the route. British Airways quit flying between the two cities this October, after 48 years of operations. On this route Russia remains represented by Aeroflot’s subsidiary Rossiya Airlines, which operates flights from St Petersburg to London Gatwick.

By passenger numbers, the UK is one of the top-20 destinations served by Russian carriers. According to data collated by ATO Sourcebook 2019, last year, Russian airlines transported some 540,400 passengers between Russia and the UK, eight per cent up year-on-year.

According to Russian Federal Air Transport Agency Rosaviatsia, apart from Ural Airlines, both Nordwind and Pobeda Airlines had also applied for permission to be the second Russian designated carrier on the London route. However, the regulator denied the applications. Pobeda Airlines, Russia’s only low-cost carrier (LCC), previously operated flights to London from St Petersburg.

Also, this August, the regulator revoked the previously granted S7 Airlines’ licence to operate flights from Moscow to London. The carrier has an interline agreement with British Airways on the route and both carriers are members of oneworld alliance.

Together with Bordeaux in western France, London will become one of the most westerly points in the Ural Airlines network. The French city has been served by the Russian carrier since last Summer.