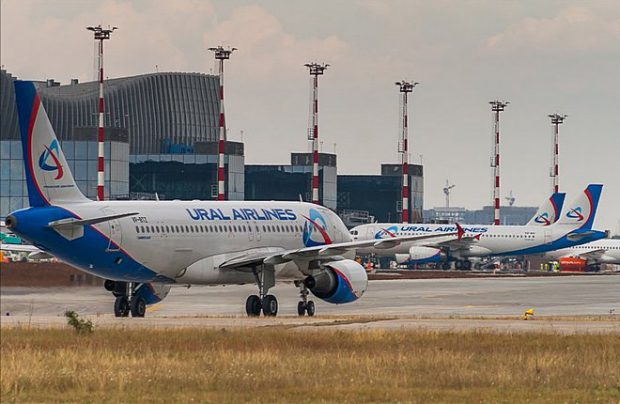 In the face of a worsening economic environment and instead of paying dividends to its stakeholders, Ural Airlines, one of Russia’s major carriers, is to preserve its 2018 profits in an accumulation contingency fund.

“The 2018 profits of 385.924 million roubles are to be hedged in an accumulation fund. No dividends for 2018 are to be paid,” a statement from the airline’s annual meeting confirms.

Despite fuel cost surges, tightening competition and declining household incomes, all of which badly impacted Russian airlines’ financial results last year, Ural Airlines was among the few that managed to stay in the black.

Even so, Ural’s net profit plummeted from 3.6 billion roubles (US$56.2 million) in 2017, to 415.4 million (US$6.5 million) last year, according to figures validated by Russian accounting standards, whilst its long-term debt obligations doubled and short-term liabilities quadrupled. At the same time, revenue climbed by 21 per cent to 81.3 billion roubles (US$1.27 billion).

Despite the fierce challenges, Ural Airlines has not abandoned its fleet renewal and route network development plans. Last year the airline arranged operational leases for three Airbus A321s and an A320, albeit a few less than originally planned. This year it is anticipating the delivery of seven of the latest narrow-body aircraft: three Airbus A320neos and two A321neos in the second quarter, and two Boeing 737MAX-8s in the final quarter, hoping that, by then, the suspended MAX deliveries will be resumed. With two A319s recently returned to their lessors, the airline’s fleet total will reach 52 aircraft by the end of 2019, up from its current Airbus A320 family monotype array of 45 units.

Last year, Yekaterinburg-headquartered Ural Airlines carried nine million passengers, placing it in fourth place among the largest of all of Russia’s carriers. The upward trend has stretched into 2019, as traffic grew by eight per cent year-on-year in the first quarter, reaching 1.8 million passengers. The airline’s official passenger traffic target for this year is 9.6 million, its 2018 financial report suggests, slightly shy of the 10 million projection given by Vera Gasnikova, Ural Airlines’ press secretary, to Russian Aviation Insider in January.