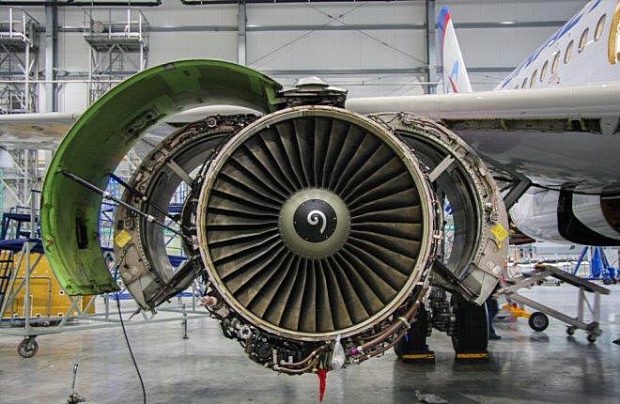 Ural Airlines is in talks with its Yekaterinburg Koltsovo Airport base over the availability of land for the construction of another fully-fledged maintenance hangar, Sergey Skuratov, the airline’s head, reported at a meeting attended by Evgeny Ditrikh, Russia’s Transport minister, Alexander Neradko the head of Russia’s aviation authority Rosaviatsiya, and other key aviation industry officials.

Russia’s fourth largest airline by passenger traffic is looking to add self-sufficiency capabilities as it plans to expand its fleet by 150 per cent within the next several years. By 2025 the carrier could be operating 70 aircraft, including Airbus A320neo and Boeing 737MAX aircraft, it predicts.

Ural Airlines’ existing facilities at Koltsovo include an 8,265-square metre hangar that provides simultaneous maintenance for four A320-sized aircraft. Additional resources are under construction, including facilities for wheel and brake repairs, composite repairs, cabin interior equipment repairs as well as storage. The construction is scheduled to be finished in March 2019.

Skuratov also pointed out that the airline has asked Koltsovo to find land for the construction of a training centre in addition to the airline’s own existing simulator facility which is equipped with an A320 full-flight simulator.

According to the airline’s development strategy, Ural will expand its fleet to 70 aircraft by 2025, including the addition of the A320neo and Boeing 737MAX types, up from the current 46, which includes 24 A320s, 15 A321s and seven A319s. The in-house maintenance, repair and overhaul (MRO) base is approved for handling these Airbus narrow-body types and provides maintenance services both on the airline’s own fleet and for other operators.

With the introduction of the Boeing 737MAX planned for next year, the airline is aiming to develop MRO capabilities on that type as well. Further plans include expanding the airline’s existing EASA approvals as it adds new types.

In addition to the main MRO base at Koltsovo, Ural Airlines has another base at Moscow’s Domodedovo and smaller stations at Samara and Chelyabinsk.