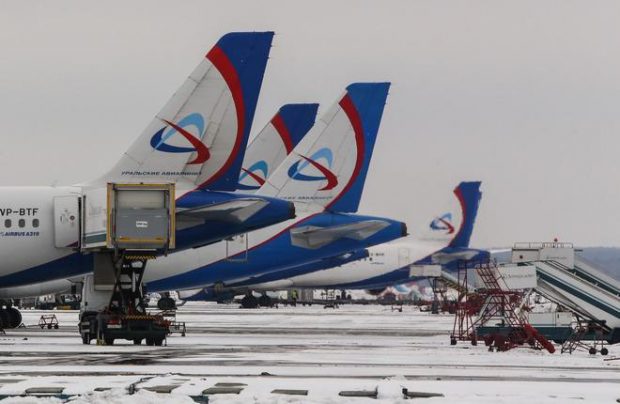 The first of this year's airliners are to be delivered in March (Leonid Faerberg / Transport-photo.com)

Russia’s Ural Airlines has announced its intention to expand the A320 family fleet to 50 aircraft this year, ahead of schedule. According to earlier plans, the target was to be reached by 2020.

The first two airliners, an A320 and an A321, are expected to arrive in March, with the remaining five deliveries spread until the end of the year, the airline told Russian Aviation Insider.

Ural Airlines started operating Airbus narrowbodies in 2006; its Airbus fleet has since then logged over 1 million flight hours. In 2016, the Russian airline was named by the manufacturer as the leading A320 family operator in Russia by average daily utilization at 11.49 hours per airframe.

In September last year the Yekaterinburg-based carrier was reportedly considering the acquisition of A321neos, Boeing 737NGs, and Airbus A330 widebodies.

Ural Airlines increased its traffic by 23.7% year-on-year in 2017, to 7.999 million passengers. The growth rate remained steady throughout the year, but was slightly higher in H1, at 24.9% year-on-year.